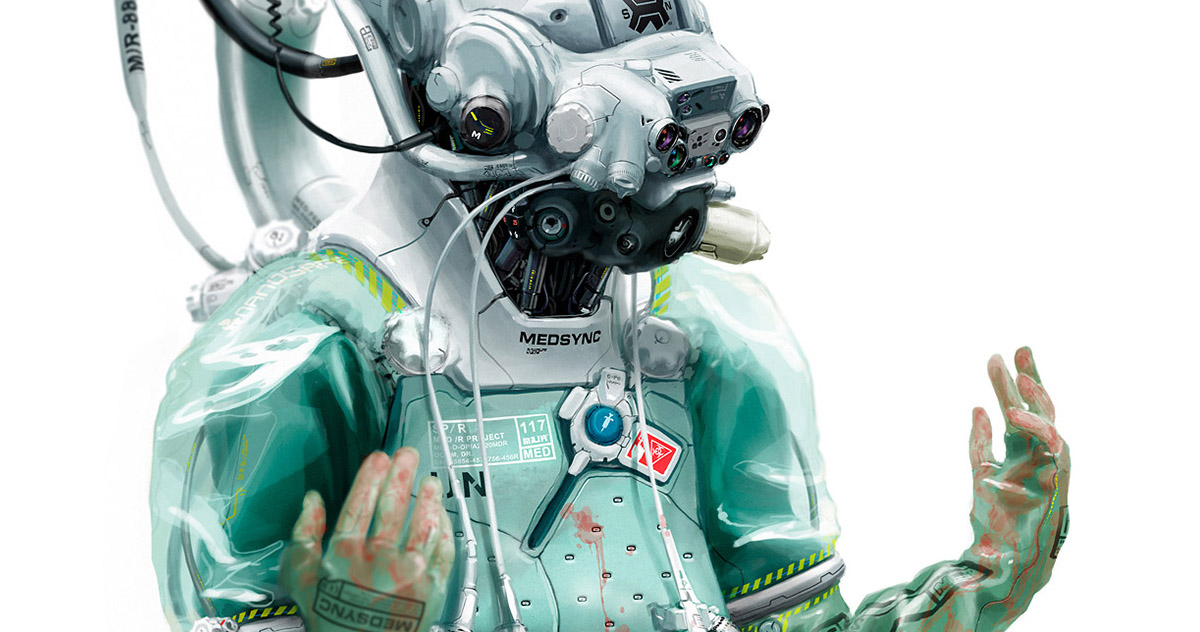 Advertisement
Researchers have achieved a revolutionary feat. They have been able to develop a surgeon robot, capable of operating the brain through the patient’s cheek. A technique that will greatly reduce the risk and recovery time of the individual being treated. We explain to you everything about this promising innovation that represents the first step towards a new medical era.

An American engineering team led by Eric Barth of Vanderbilt University has developed a technique in which a robot operates the brain of the patient through his cheek. This will be particularly useful to treat severe epilepsy which was earlier cured by cutting through the skull and practicing lobectomy, which was always very risky. With this machine, surgeons make a shortcut to the area to be treated. The skull remains intact, thereby avoiding the complications and the time required for patient recovery.

The needle itself is composed of several small pneumatic tubes measuring 1.4 mm. Needle has sections and some sections of the needle are flexible enough so that needle can easily reach the hippocampus area without damaging other parts of the brain. Each time a new section is inserted, we see through the scanner if the needle is following the right path. “I have worked a lot on the tire inspection systems during my career,” says Eric. “We knew we had the opportunity to make a robot that others could not. Then we thought, what we could do that would produce the biggest impact?” 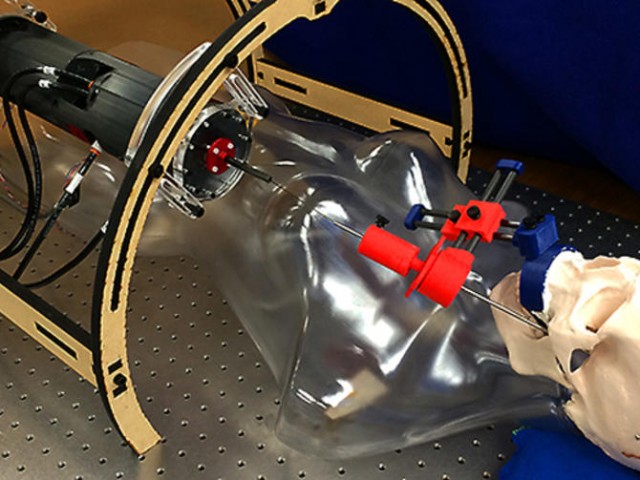 Furthermore, the non-magnetic nature of needle section ensures that it does not cause any interference to the scanner. The other parts of the robot are made from the 3D printed plastic. Monitoring of the advancing needle through a scanner will allows doctors to create very small holes for the operation, rather than manually guiding the camera. “The systems currently being used have straight needles and are manually guided. While this system using a curved needle and with unlimited access will make the operation minimally invasive.”

Trials conducted on the dummy head using the robot surgeon have shown that the system is highly effective. However, before being used on actual patients the scientists require to make further trials. The researchers say that after the first successful test, they will next try to perform the operation on the dead human bodies. They hope that everything will be ready by 2020. 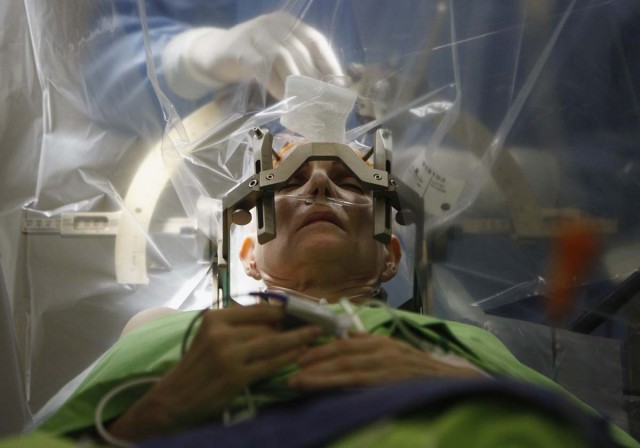 This very precise machine is really impressive! We are delighted to see that medicine is advancing day by day. The brain is an organ that is certainly most difficult to operate and this robot will make this task less daunting for doctors. Do you think robots will soon be saving more human lives using brain surgeries?