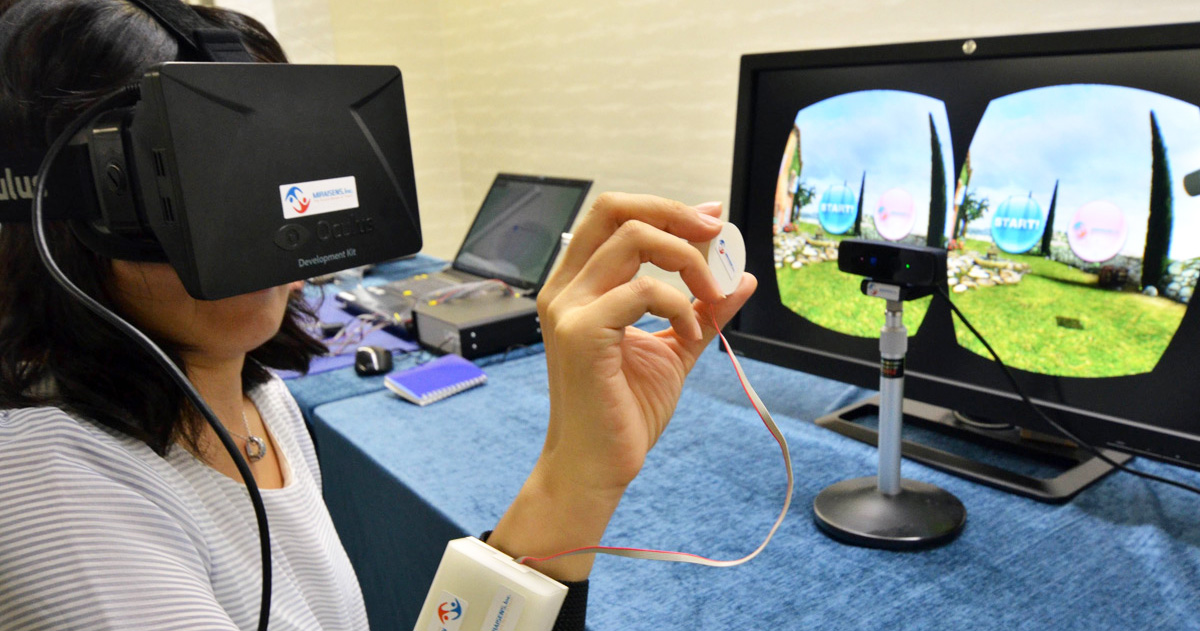 Advertisement
The Virtual Reality techniques have undergone an incredible evolution. Yet the sense of touch has not yet been exploited. But now, the Japanese researchers have found a way to convey the feeling of touch to the brain through images and a suitable device. Interactive video games may be on the verge of a new a revolution.

This incredible technology has been developed by the laboratory team Miraisens (sense of future). This company is a part of the National Institute of Advanced Industrial Science and Technology at Takuba, north of Tokyo. At a press conference, Natsuo Koda, director of the lab said: “Touch is an important sense of human communication, but it is not currently present in today’s virtual reality techniques.” We talk about haptic technology, where we think that we are touching an object while in reality it is simply a 3D image.

This technology works by tricking the brain. The eye sees an object and hand experiences the object through the vibrations generated at the fingertips by the receiver. Stimulated at the right time, vibrations can give us the illusion of touch. Infact the researchers at Miraisens have used a screen of the type Oculus Rift in the helmet. Which, for example, gives us the sensation that we have pushed a button while in reality the person is only moving his fingers in air.

According to the press relaease of the researchers, this technology is the first of its kind in the world. It is expected to be sold and applied to electronics and the video games industry. We can already imagine that the developers of video games would be very fond of it. This virtual touch can help us to to manipulate nonexistent physical forms before we can actually realize them. 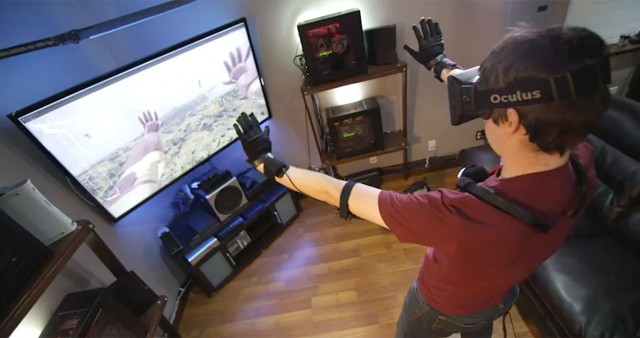 This innovation is simply stunning. Congratulations to the researchers who have developed a technology of virtual touch. We would love to try it, why not in a video game :).  Can you imagine a future where you can manipulate all kinds of virtual objects with your own hands?