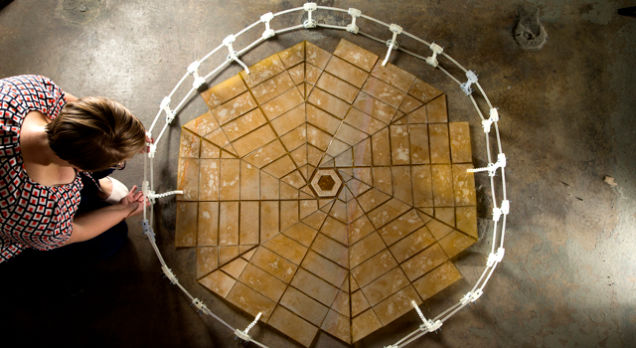 We know that solar panels are a vital part of the satellites. They captures solar energy rays to provide electrical power for the functioning of satellites. Solar panels are designed to have maximum surface area so that they may capture maximum amount of solar rays. However, sending these satellites into the space requires them to be packed inside a small space in the space craft. Thats why, these solar panels are built with a foldable design. However, still these folded panels occupy lot of space and not very aerodynamic.

NASA engineer Brian Trease and his collaborators are now trying to get smart with the geometry of the satellites and are inspired by Origami. Which is the Japanese art of folding paper. They were able to fold a 82 feet long solar panels array into just 8.9 feet wide space. The entire panel array can open and close like a flower. In the video below, you can see that how a smaller prototype, about 1/20th of the original size, can be folded and expanded. 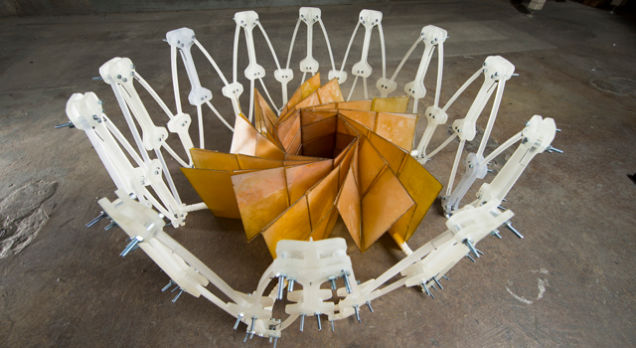 The advantage of this flower-like Origami solution by Teaser and his team is that despite being more complicated to implement, it is more compact. As compared to the current folding solution of NASA. We might see the use of this new technology in satellites that NASA is going to send into the space in near future.

These new type of solar panels are currently in the prototype stage. Their full commercial deployment will involve solving the issues related to the thick size of these panels. Did you think that an age old art would inspire the design of the solar panels for space? If you liked this article, may be you would also like to read: Researchers Harvard And MIT Develop World’s First Origami Inspired Robots.