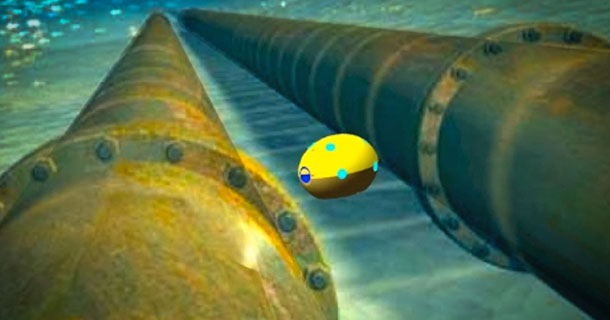 MIT researchers in Boston have developped a submersible oval robot which is capable of performing underwater ultrasound tests to inspect smuggling ships.

This innovative robot was presented last week at the International Conference on Intelligent Robots and Systems. This small robot is the size of a rugby ball and was designed primarily to inspect for cracks in the nuclear reactors. Then, researchers from MIT, realized that they could also broaden its applications to find false compartments in the hulls of boats, that the drug dealers make to hide the contraband.

This robot can be classified as part of Autonomous Underwater Vehicles, the robot has a small sliding panel on its side with small openings where sensors are installed. 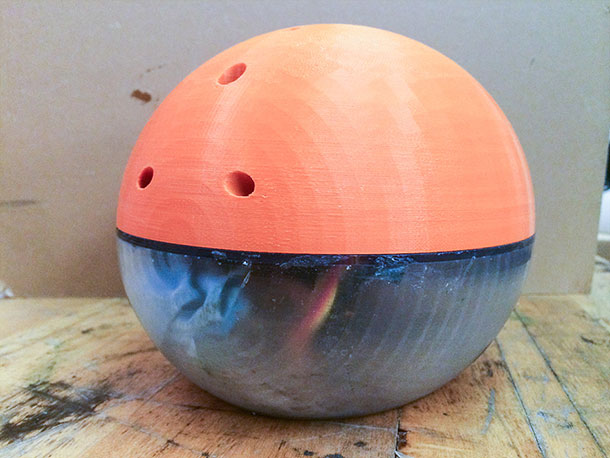 With its small size and its silent propulsion, one can easily imagine the use of this robot, by hiding it in a pile of algae or other artificial camouflage. Scientists imagine patrolling robots of this type scattered at ports, which would analyze all incoming boats without arousing the suspicion of the captain or the crew on board. Securing ports using traditional robots that inspect each small boat is very expensive, says Sampriti Bhattacharyya, a student of mechanical engineering who is in charge of the project with the Ford Pr. Harry Asada. If this solution is affordable enough, say a robot costs $600, you can have scores of such robots which could work in a collaborative manner? And if one of them becomes faulty, it does not matter because they are very simple to make.

Indeed, the main elements of the structure of the robot are made ​​from a 3D printer. 50% of robot parts are impermeable to water and contain the necessary electronics like control circuits, the battery pack, a communication antenna and an inertial measurement unit which is made ​​up of three accelerometers and three gyroscopes. The other half is permeable as it houses the propulsion system, consisting of six pumps that expel water through rubber tubing. A control algorithm continuously adjusts the flow of pumped water into each of the six tubes so that it may be used to direct the robot direction. 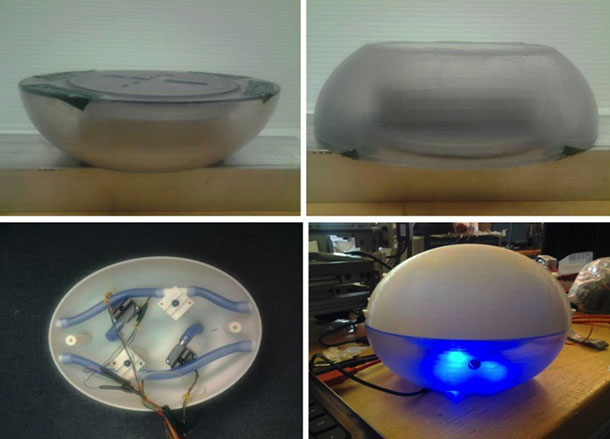 The team has produced the first prototype of its type that can analyze a shell at a speed ranging from 0.5 to 1 meter per second. It is equipped with a lithium battery that takes about forty minutes to charge. This allows for sufficient time to search small boats before the next recharge. The prototype is not yet equipped with a ultrasonic probe. The researchers have thought of a rotation between robots that are charged and those that are to be charged to maintain the highest level of port surveillance.

However, the researchers conceded that the detection system should be further improved. Indeed, the ultrasonic detection only works when the sensor is in direct contact with the surface to be analyzed or when the distance is a multiple of specific wave length of the sound used.