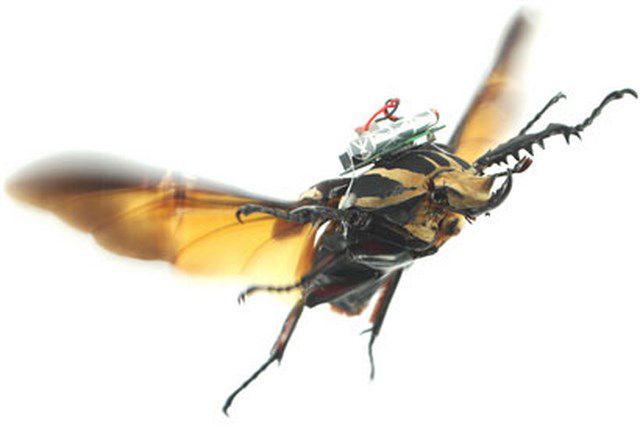 Researchers at the University of California at Berkeley (USA) and Nanyang Technological University in Singapore have been able to remotely control a real beetle using a muscle stimulation mechanism. The idea of ​​developing cyborg insects is not new but the purpose of these projects raises ethical questions.

In 2009, a team of researchers at the University of California at Berkeley and Nanyang Technological University (Singapore) had developed a mechanism to remotely stimulate a beetle’s muscles. At that time, the mechanism was only able to trigger and the interrupt the flapping of wings of the beetle’s.The same team has went even further and found a way to control the direction of flight, transforming the insect into a real guinea pig.

A beetle (Mecynorrhina torquata) of the family of Cetonids was equipped with a backpack containing electronic equipment: a microcontroller, a wireless transceiver and six electrodes connected to the optical lobes and muscles of the beetle which can then be used to make the flight maneuvers. This backpack which weighs 1.5 grams, is powered by a micro lithium-ion battery 3.9 volts . The result of the experiment can be seen in the video below. With the remote control, researchers can stimulate the muscles of the right or left side to cause a change in direction. The accuracy of the bend may even be correlated with the intensity of the electric stimulation. 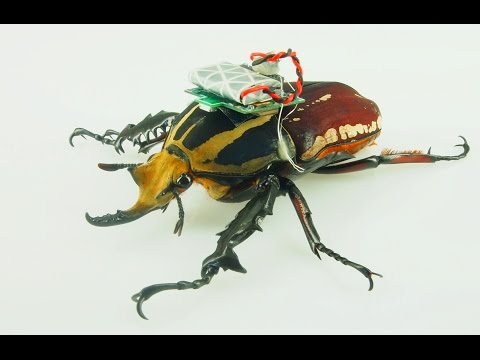 According to scientists, this is the first time we have managed to practice this kind of stimulation on a free-flying insect. A move that will contribute to a better understanding of neuromuscular function in flying insects.

Such a control system could lead to the creation of insect that “we could easily add a microphone and thermal sensors for the search and rescue missions. With this technology, we could safely explore previously inaccessible areas such as cracks and crannies of a collapsed building,” said Professor Sato. This idea of controlling insects in this way is also not an isolated one. In 2012, researchers from North Carolina State University had remotely controlled a cockroach, with the intention of using it for for rescue missions. 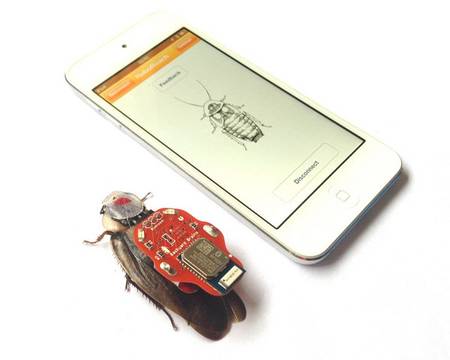 There are two years old, a US start-up Backyard Brains had marketed the RoboRoach kit with which anyone can install a control system on a live cockroach and fly with a smartphone.  We are really intrigued by this new invention but concerned by the ethical issues related to such an invention.