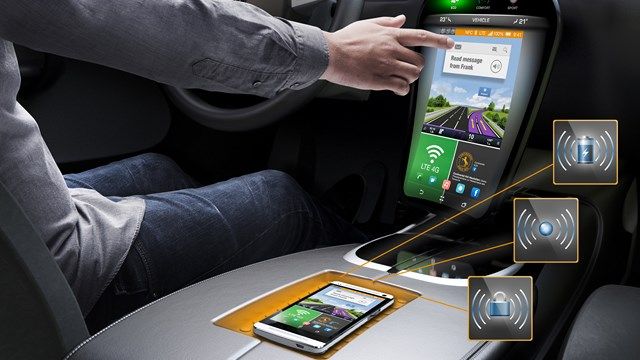 Continental, a German equipment manufacturer, wants to make touch technology in automobiles a common thing. Using a technology combining infrared rays and photodiodes, a conventional screen may be converted into a touchscreen at a much lower cost. Continental expects to commercialize the system within two years.

Although the touchscreens are now a part of our daily lives via smartphones, tablets, and other interactive screens, they are just beginning to be used in the sector of the automobiles. They are still an expensive option, only reserved for high-end models. The German manufacturer Continental has developed a technology that could make touch functionality in vehicles possible at a very cost effective price.

This system named as the “infrared curtain” transforms a classic screen into a multi-touch surface.This technology has long been known and is based on a framework where LEDs are placed on two adjacent sides of screen while photodiodes are placed on the other two adjacent sides. This device is attached to the edges of a conventional LCD screen. Each LED emits an infrared ray which is detected and converted into an electrical signal by the photodiode located on the other end of the frame. 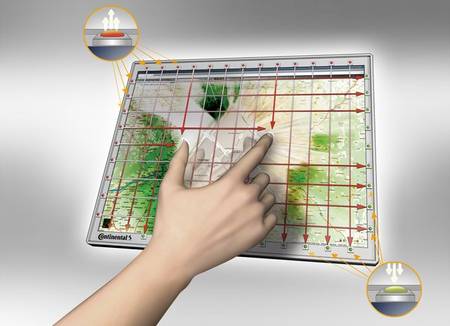 Thus, when one or more fingers are touching the screen at a specific location, they interrupt some infrared rays. The corresponding photodiodes receive less light and do not generate any electrical signal. This information is analyzed to determine in real time the position of the fingers and correlate it with the requested function. The system recognizes gestures such as swipe or zoom. Continental also points out that its technology can be used with regular gloves, which is not the case with capacitive touchscreens of today.

The manufacturer is now seeking to refine the maximum thickness of the frame, which varies depending on the size of the screen. The company is saying that it is ready to launch production of this technology by 2017, without giving any indication of price.