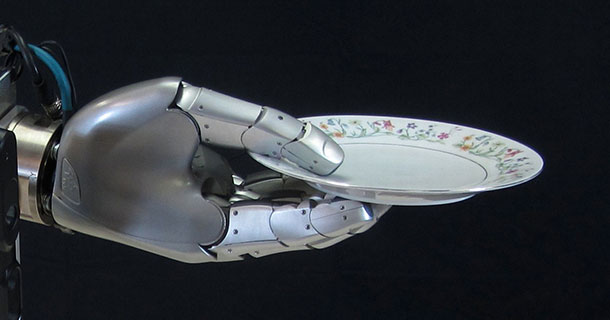 The robot that everyone was waiting for has arrived. Boris takes care of one of the most hated of all household tasks. This experimental robot will clear the table and fill the dishwasher for you.

This robot is able to fill the dishwasher with plates, cutlery and dirty glasses. This unusul robot has two arms of the brand Kuka and developed by researchers at the University of Birmingham. It is one of the world’s first robots to be able to handle disparate objects with equal dexterity.

It was introduced the public at the British Science Festival. Boris was introduced to the public in London, after five years of development and a project cost of £350,000. Professor Jeremy Wyatt of the School of Computer Science says his robot sees objects with sensors on her face and wrists. In less than 10 seconds, it calculates up to a thousand ways to seize an object with its five fingers operated using twenty motors (four in each finger), as well as, trajectory of his arm considering the possible presence obstacles. It is not preprogrammed to empty the dishwasher but learns to empty it. 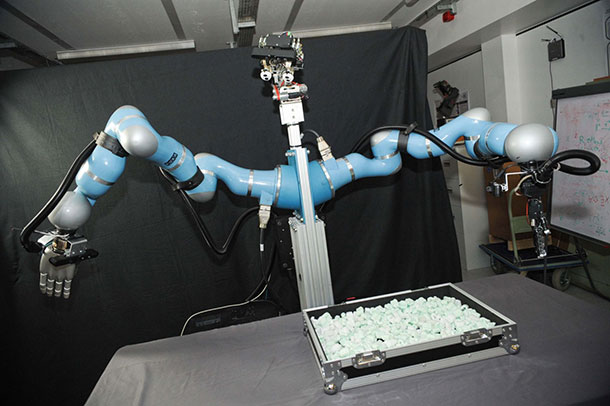 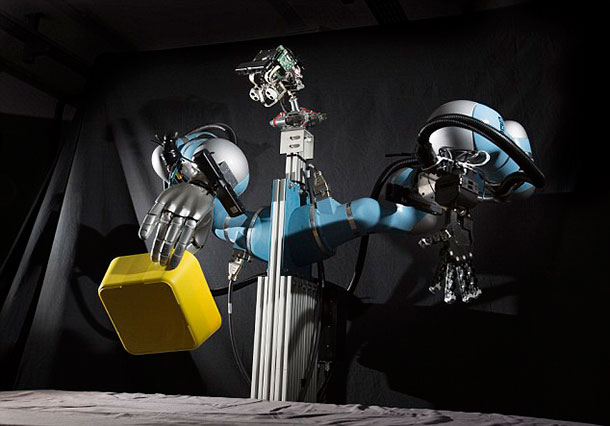 The head has five cameras (two wide-angle, two high-definition and a depth sensor to measure the distances) and three computers. Each computer controls different parts of the body, first for the head and image processing, second to control hands and third one for the rest of the body. The cuffs also have two depth sensors so that Boris can adjust the orientation of his hands while approach to the object. If the object has a shape similar to something the robot knows how to seize, it will also be seized in the same way. The arms can carry up to 15 kilos each.

The team hopes that Boris will be able completely fill a dishwasher by April 2015, it will be able to identify objects scattered on a table, hold them and put them in vacant places in the dishwasher.

The purpose of this project is not to create a robotic assistant that handles household jobs instead of human beings. Rather, what interests the scientists is to give one robot the ability to manipulate all the different objects used to fill the dishwasher.

It is still a long way to go before Boris is completely able to completely use the dishwasher. For example, currently it does not know how to use his left arm. And one of the most complex tasks is to make it learn move an object from one hand to another. Second point: he does not has the sense of touch.

The ultimate goal is to build robots that are flexible enough to adapt to the environment surrounding them everyday. That way they can get into our plants, our offices, and hospitals.

Boris has been patented. It is part of a Europe-wide project, the Pacman which has been supported by funds from the European Union and in which researchers from the universities of Pisa, Italy, and Innsbruck in Austria are collaborating. 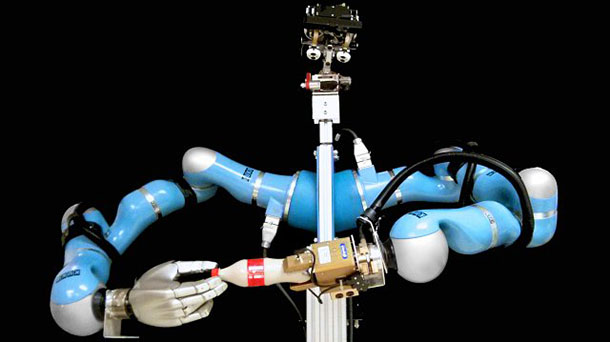 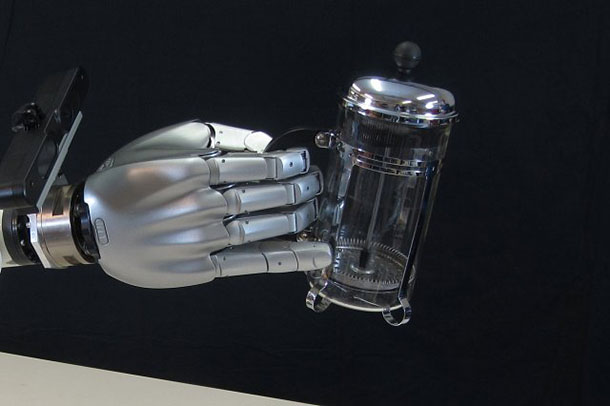 We are really impressed by the performance of this new robot and hope to see it working with our own eyes. Do you think a robot can replace humans for household jobs?