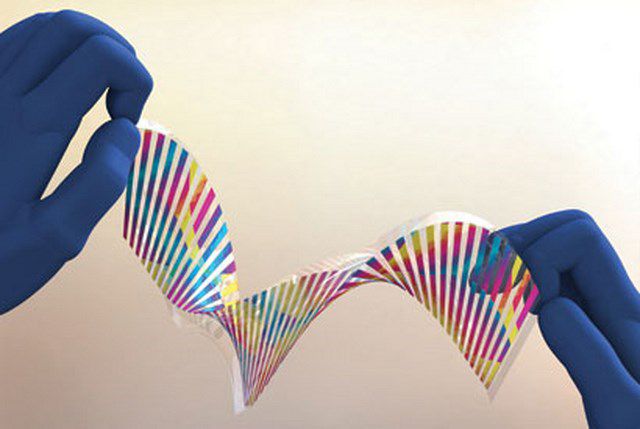 Researchers at the University of California at Berkeley, US, have created a chameleon coating capable of changing color when stretched or bent. Several applications are possible like camouflage for a vehicle, in giant screens or structural strength sensors for buildings and aeronautics.

Few years back there was the talk of creating a polymer gel that is capable of changing its color in response to various stimuli (temperature, pressure, humidity, salt concentration). In a current development, researchers at the University of California at Berkeley, have created what they call a “chameleon skin” whose color can vary depending on whether it is bent or stretched. This extremely thin coating could have numerous applications in the field of entertainment, security and surveillance.

The details have been given in an article of the journal Optica, by Connie Chang-Hasnain, a professor of electrical engineering and computer, and research team lead. She says that she was inspired by nature, as well as, some species of butterflies and beetles whose iridescent colors are a result of playing with the wavelength of the light. This structural phenomenon as opposed to the chemical techniques (based upon dyes and pigments) can already be seen in astronomy in the case diffraction networks. But the optical losses are too high for efficient color control. This is where the innovation of the Berkeley team comes into play. 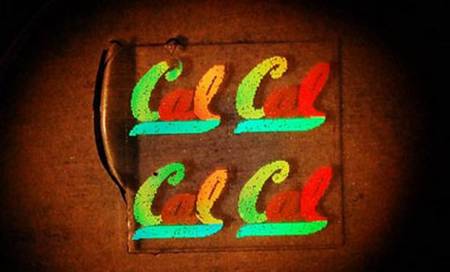 Inspired by the diffraction gratings , the researchers used a technique to create nanoscale etching slots spaced at regular intervals on a silicon film thousand times thinner than a human hair. Instead of reflecting all the visible spectrum, these peaks reflect a wavelength specific light that corresponds to the desired color. The color change is controlled by varying the spacing between the peaks as a result of  bending or stretching.