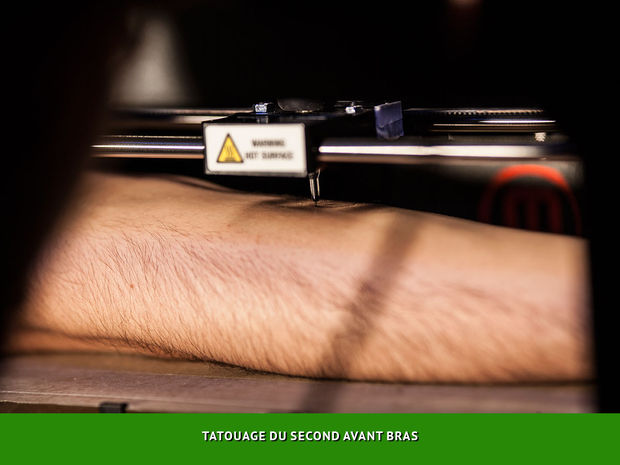 Tattoos are not a new concept as far as the history of humanity is concerned. In the early ages, very skilled people were used to carve these tattoos on the skin. Now, the technology has reached a stage where there is no need of some skilled person for such purpose. Rather, 3D printers are now ready to make a tattoo on your skin now. A demonstration of the concept has been made recently by three students in France. These three students belong to a very famous art school of France named ENSCI les Ateliers.

The person volunteering for this demonstration really felt proud on having tattoo etched on his arm by world’s first machine. The 3D printer made a circle on his arm. Actually this all started with the announcement of a challenge by the ministry of culture, France in which people were asked to remix the sounds and images. These three students changed the MarkerBoat 3D printer for etching tattoo on the skin. A number of pictures were given to the students to make tattoos from. Almost 8 hours were taken to set up this demonstration. Finally, they succeeded in making the 3D printer draw a perfect circle using a 3D printer.

Now, the students were ambitious to make a real tattoo machine. For this purpose, they got a tattoo-machine from some tattooist and a robot was used to practice the etching on the artificial silicon skin. This task was bit challenging as one of the students said, “The big difficulty was to repeat the same exercise on a curved surface and on a material that has much more flexibility than silicone.” 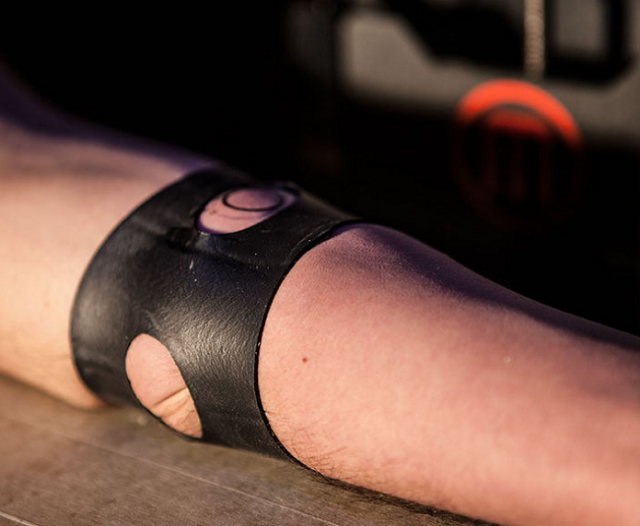 The talented students using trials and errors learned a couple of techniques to catch the skin tight during the tattooing process. This includes the use of a metal ring and some band. Finally, a tube is selected with an open area. This technique is really helpful in carving tattoos on the human body. Hopefully, new and safer techniques will be built to etch a tattoo as unhygienic tattooing techniques can spread diseases.