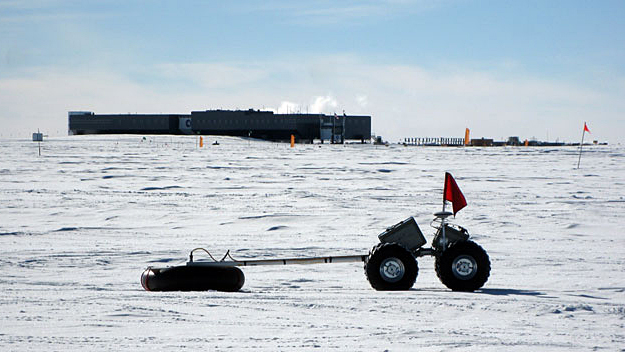 To secure scientists’ convoys at the poles, the researchers have developed Yeti. This self-guided robot can track the crevices that could engulf the men and their gear.  Check out the amazing video of this robot that is currently involved  in monitoring the Ross Barrier in Antarctica.

Scientists participating in the expeditions to the Arctic and Antartic have to constantly be on the look for the crevices (cracks) which are mostly hidden by snow. Normally, in the front of convoys they have a device called Ground Penetrating Radar (GPR) which is responsible for detecting the crevices, but this task is particularly stressful for the crew. To help them, researchers have developed a robot that can autonomously move the GPR along a determined path and record the GPS coordinates of the hazardous locations and transmit them to the scientists. 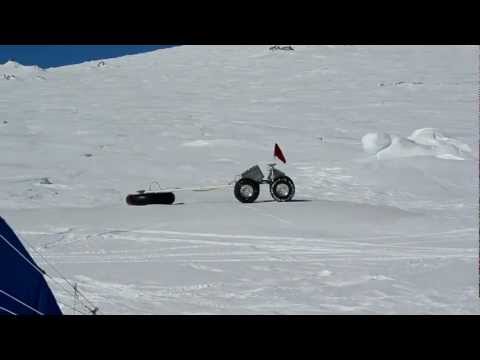 In this video, Yeti, the robot in question was used for a different task: mapping a subglacial cave system present on the slopes of Mount Erebus, Antarctica. Yeti weighs 81 kg, is about one meter square and is powered by batteries.

We are really impressed by this amazing robot and hope that it will help save many precious lives in the glaciers. Do you think robots like Yeti can replace humans in tracking the crevices?