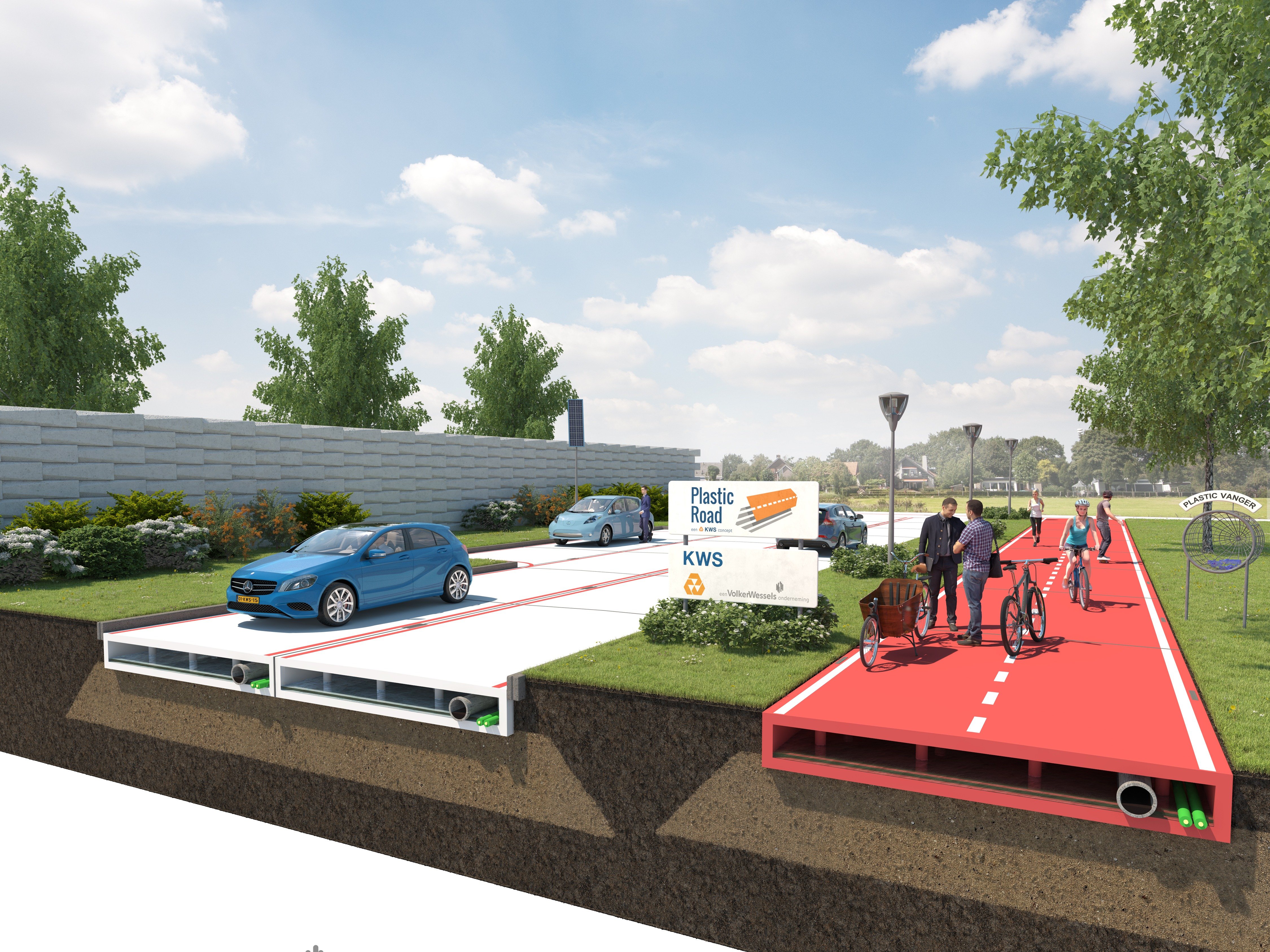 Indeed the problem of plastic wastes at the beaches is getting dangerous day by day. These small and large pieces of plastic can be regarded as the silent killers as they can be ingested by the fish and other sea animals and endanger their lives.

Dutch construction company VolkerWessels has come up with an innovative solution to recycle the plastic, make our planet less polluted and more healthy for living beings. It has introduced the concept of PlasticRoad, where entire roads would be made from plastic garbage that would be collected from the beaches, oceans and incineration plants.

This idea has won a very serious buyer that is the Rotterdam city council. The first such road would be made in this dutch city for the bicycles and serve as the pilot project. It is expected that the road would be complete within next three years.

First parts of the road would be prefabricated using the recycled plastic which would then be assembled on site just like the LEGO bricks. These prefabricated parts would have all the provisions to install the light poles as well as the traffic lights. They would be kept hollow from inside to lay the electric and telephone cables underneath. 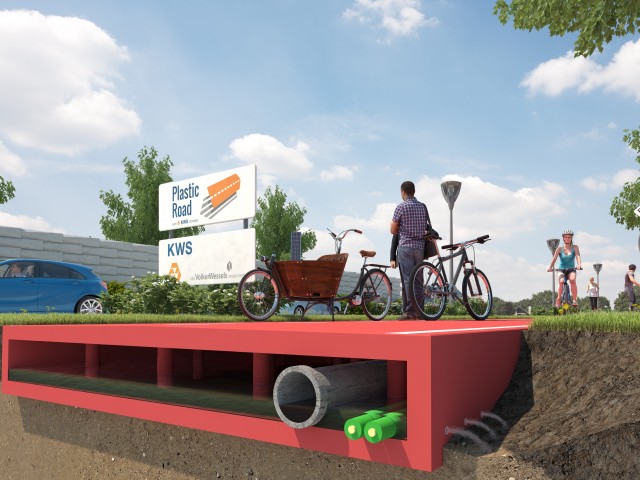 The implementation of the project has not yet started but there are some similar precedents. For example, in Jamshedpur, India 50 kilometers of roads was built using recycled plastic. Here, waste plastic was shredded and mixed with Asphalt to construct these roads.