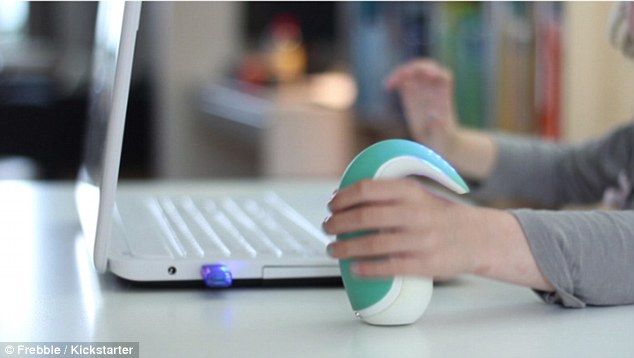 You can hold and squeeze the hands of your lover from a long distance. The wireless gadget gives you the same sensation of touch as you feel in reality. A new haptic technology has been developed that gives the sensation of reassuring squeeze of hand.

Holding hand of your beloved one who is far away, is the dream of a lover. Now, thanks to internet and a new haptic technology, this dream has been turned into a reality. You can now hold and squeeze the hands of your lover from a long distance. For this purpose, a gadget has been developed by the scientists at Frebble. The wireless gadget gives the same sensation as a real physical touch and a reassuring squeeze of hand. Frebble is the brainchild of an entrepreneur from Netherlands.

The entrepreneur, Frederic Petrignani has been raising funds on the kickstarter for the mass production of the gadget. The device will be connected with the laptop or computer via Bluetooth and off course, provides the people with an extra way of communication. It may be used by people with different age groups, a granddaughter may use it to call her grandma far away, a wife to call her husband, a son to call her mother and so on.

There are many ways to talk and see the loved ones over the internet but there was no way to touch them and to feel them. Frebble has now solved this problem. The distances are squeezed. This amazing gadget has been specially designed to fit the hands of a person and let him squeeze and hold other person’s hands. There are two vibration motors and few pressure sensors that do all this. 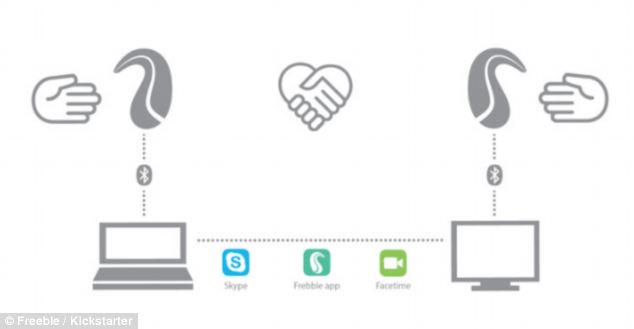 An LED is also there to let you know the status of the connection as well as the squeezing effect. The gadget might be used with all video chat services such as Google Hangouts and Skype. According to the company, it gives people with the freedom of talking, watching and feeling around the globe. The gadget is 5 inches in length with a rechargeable battery and rubbered area to make an easy grip. The device is charged using a USB charger and its charging lasts for hours. The cost of the device is kept $89 for a pair.