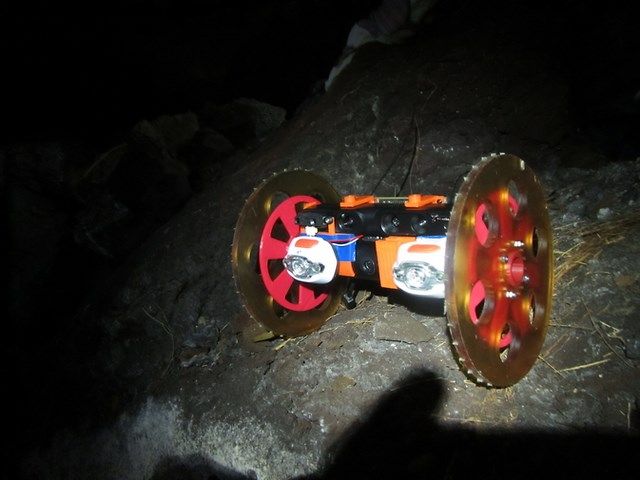 NASA has launched a mini robot that is able to explore volcanoes of the Earth by sneaking into the crevices through which the magma flows. The goal is to develop a 3D model of a volcano to better understand the mechanisms of an eruption. The North American space agency plans to use this data for the exploration of extraterrestrial volcanoes.

The Nasa seeks to better understand volcanoes and especially the eruptions. For this, a team researchers from the Jet Propulsion Laboratory (JPL) has developed  a motorized robot that is able to slip into the crevices of a volcano through which the molten magma rises to the surface.

The purpose of VolcanoBot is to create an internal 3D mapping of a volcano. “We do not know exactly how does a volcanic eruption happen. We have models but they are very, very simplified. This project aims to make them more realistic,” says Carolyn Parcheta who is a postdoctoral fellow working on this project at JPL. The robot undertook its first mission last May in the Kilauea volcano in Hawaii.

Mounted on two wheels, the VolcanoBot 1 measures 30 cm long and 17 cm high. It also integrates a 3D vision sensor PrimeSense (property of Apple), similar to the Kinect sensor of Microsoft. Connected to a cable at the surface, the robot can go 25 m deep for modeling the environment. 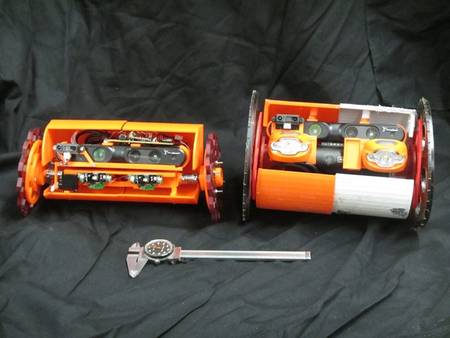 But what is the relationship between NASA and volcanology? The space agency says it plans to use the terrestrial volcanoes as a training ground to be able to one day send VolcanoBot to explore extraterrestrial volcanoes, including the ones on Moon or Mars. “On the Earth or on Mars, the cracks are the most common palces where magma bursts” , explains Carolyn Parcheta. He added that this finding also applies to ancient volcanoes.

Meanwhile, as NASA is preparing its campaign, in March a new version of more compact VolcanoBot (25 cm long, 12 cm wheel diameter) has been developed to dig even more deeper. The results of this research can help us improve the accuracy of the eruptions predictions and help us better assess the risks involved.