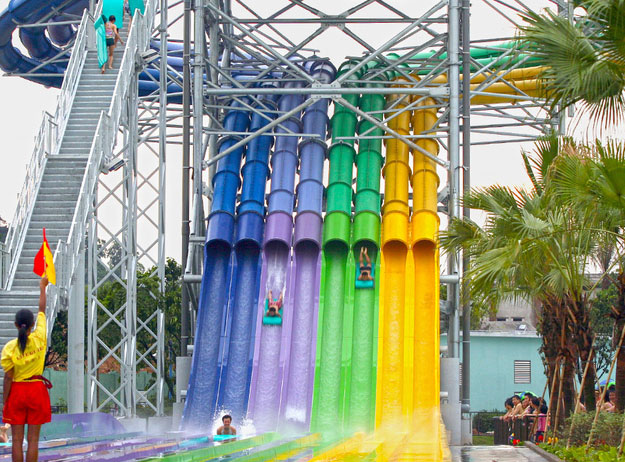 As summer arrives, everyone plans outdoor activates like going on a picnic trip, surfing in the sea, moving to cooler places and so on. In summers, the demand to be at the places of water is high, from a child to an adult everybody want to have fun with water. In this modern era, water amusement parks are more attractive to people interested in water fun. A numbers of water-slide parks are shown in this article, you can visit them in summer vacations with your friends and family. Everyone of you will be amused and it will be not only fun for kids but also  each member of your family.

The King Cobra ride is designed in a shape of a Cobra, the giant head of Cobra warns the people by spraying water through his fangs who does not follow the rules.

2. The Summit Plummet at Disney World in Florida 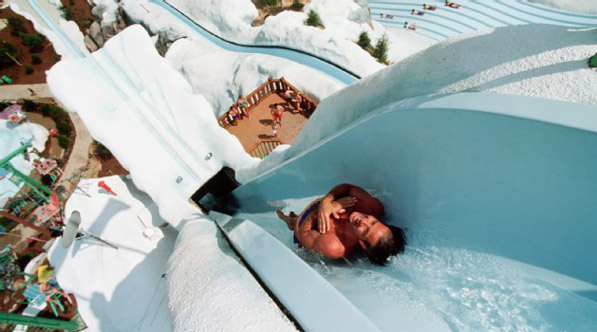 Summit Plummet is the heighest slide of 33 meters and also the steepest. At this slide even the braver get a little shaky to  take this thrill full slide.

The Boeing 747 water slide is a unique of its kind. A Boeing placed at a top of a building roof . what an idea!!! It consists of four different slides. One slide is having a transparent top section which will give you a view of  the plane and building.

The Master Blaster Water Coaster is situated in the Palm Resort in Dubai, latest technology is used in this ride, thrust of water will propel you up  and down when passing through the tunnel.

The Big Thunder Florida is same as the Giant slide., When the rider take this 45 degree slide and then gets into the dark tunnel, the screams starts coming out of the tunnel.

The Giant slide is at Chimelong  water park which is the largest water park of Asia. It is a funnel-shaped Tornado slide, you can take trip of this amazing water coaster in large family size tube and have fun.

L2 in Austria is the first double looping water slide. This slide is for the people who do not want to get enclosed in a place for long time. The riders covers half of his distance on the slide outside the pool.

Leap of Faith has got something interesting and daring for the thrill loves, the ride starts from the Mayan pyramid and then the ride moves further to a pool containing shark, it’s really scary but you will pass through a tube from the pool.

Wow! water slide on a cruise ship sounds amazing, Norwegian Epic Cruise water slide is fabulous other than that it provides you and your family with a complete luxurious experience.

The Insano presently holds the record of the highest slope and makes oneself  screaming.

Head first Racer situated in  aquatic complex Chimelong Waterpark China, as the name show, is a ride upside down. It is a cool place for family or friends.

Jumeirah Sceirah is an iconic ride, a tower of  height 32 metres where the rider is enclosed in a door, unable to see the slide. Then the door of the slide opens and takes one through a tunnel slide of 120 metres.

The Scorpion’s Tail, Wisconsin is a long slide full of fun, enjoy loops and steep slopes.

The Bulletbowl in Beijing is like a wonderland, for people of all ages, from a child to an old.

Citta del Mare is situated in the northwest coast of Sicily, Italy. The slide takes you in to the  Mediterranean.

Explore the thrill with Tantrum Alley, having three giant funnels and a number of slopes.

The Wildebeest in Indiana is the longest slide of the world, famous for this feature.

Aqualoop has  created a tough competition for  roller coaster amusement parks, as the name implies these slides consist of a number of loops in the slide.