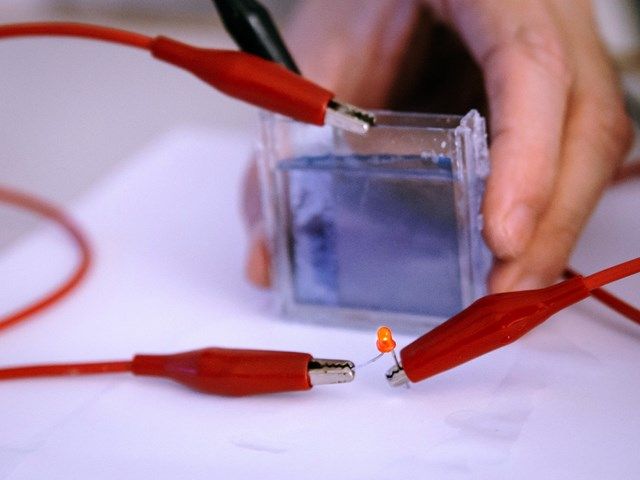 In Singapore, a team of Nanyang Technological University has developed an electrochromic glass that can darken or lighten according to the lightning conditions without the need for an external power source. It is even able to store some energy …

Currently the tinted windows found on the market are permanent and do not adapt to changes in brightness even if they are electrochromic and powered with external source. But researchers at the Nanyang Technological University (NTU, Singapore) have managed to create a window whose color intensity can vary according to weather conditions and does not require external power source. Even better, the system can store energy and release it to small electronic devices like LEDs.

In their scientific article on this innovation (published in the journal Nature Communications), scientists explain that their electrochromic glass can change from a dark blue in daylight (50% light penetration) to a completely transparent color in the evening. “Our electrochromic window is bifunctional because it is a transparent battery. It will charge and turns blue when oxygen is present in the electrolyte. In other words, it breathes” says Professor Sun Xiaowei who is behind this project. 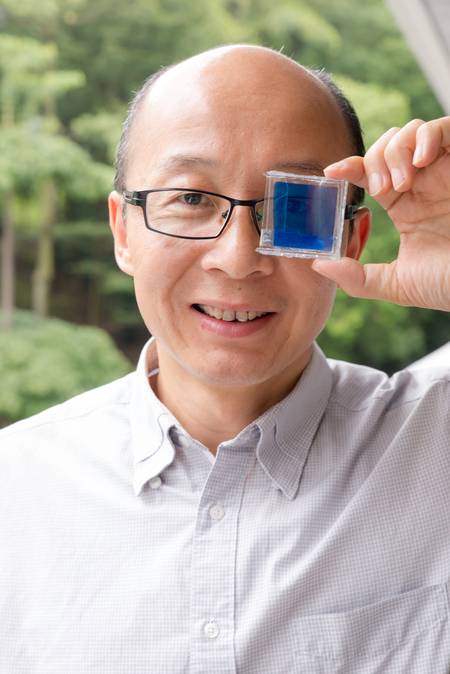 The window contains a liquid electrolyte inserted between two glass plates which are coated with an indium-tin oxide layer. One plate is treated with a Prussia blue pigment while the second is connected to a thin strip of aluminum. The two plates are connected by electrical cables. When the electric circuit is interrupted, a chemical reaction between the pigment and the oxygen present in the electrolyte occurs. When charging is complete, the glass takes on a dark blue hue.

To reverse the process, the circuit is closed to discharge the battery and the pigment then adopted a transparent color. The system can be used to adjust the brightness of a room during the day or evening and contribute to savings in airconditioning and lighting. NTU’s researchers have improved their invention and found industrial partners to commercialize it.