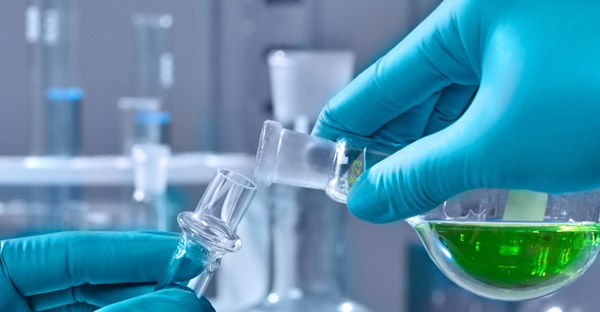 If you were to create a list of the most important fields of scientific study in the world today, there’s a good chance that pharmacology would be at or near the top of the list. The reason this is so is the fact that you’d be hard-pressed to find anyone alive today who hasn’t been affected by the breakthroughs in drug design and development over the past century. The discoveries made in the field have arguably contributed more to our quality of life than almost any other pursuit.

Take the discovery of penicillin in 1928, for example. It was a breakthrough that for the first time enabled the successful treatment of diseases that had previously been a virtual death sentence for anyone unlucky enough to contract them. And subsequent breakthroughs like the polio vaccine in 1955 then began to eliminate serious diseases altogether one by one.

But today, it’s another field – robotics – that’s now poised to advance the field of pharmacology to even loftier heights. Here’s how.

Too Many Diseases, Too Little Time

One of the difficulties that has long plagued the process of drug discovery is the fact that there are simply too many diseases to try and find cures for. That leaves scientists in a terrible position of trying to work toward cures that will benefit the greatest number of people or working toward cures expected to have the highest probability of success. The true culprit is, of course, a lack of time and resources.

In an average lab, there’s a dizzying array of high-tech equipment. And items like a BMGLabtech multi-mode microplate reader, although highly advanced, cannot operate itself. It takes an army of lab technicians to do the work required to discover a new drug – and humans can only work so long each day.

And that’s where a new robotic lab assistant comes in. According to research published recently in the journal Nature, robotics engineers at the University of Liverpool have developed an autonomous robot that can handle the tasks of a human lab assistant, while only requiring two hours of charge time per day. But the ability to work long hours isn’t the only benefit.

The results of the researchers’ trials indicate that the robot can perform lab work at up to 1000 times the speed of a human – which could increase a lab’s output by three orders of magnitude. In other words, the addition of such a robot to a drug discovery lab could sharply reduce the time it takes to isolate and test drug candidates. That would mean scientists would be able to pursue cures for even more diseases or even explore potential treatments that don’t have a high expectation of success.

It isn’t as though laboratories haven’t used robotics and automation up to now, however. The difference with this new robot, though, is that it’s designed to mimic the way humans perform lab work. That means it requires no replacement of existing equipment and can operate existing machines with ease. And in testing, the robot proved it.

In the trials, researchers had the experimental robot perform complex tasks like mixing samples in glass vials and operating luminescence readers. In other words – things only a human could previously be trusted to do. Altogether, the robot breezed through 688 complete experiments in just eight days, with no human assistance or intervention.

The Beginning of a New Era

The bottom line here is that robots like the one detailed here are on the verge of causing a fundamental shift in the way drug discovery labs go about their work. Once they become commonplace, they will change the field of pharmacology forever. It will, for example, be possible to design custom drugs on a per-individual basis – and to do it fast enough to make it worthwhile. That could mean a world where major diseases are a thing of the past, and that nobody would have to go on suffering for lack of resources to find a treatment for what ails them. And all of it due to the influence of robotics in pharmacology. For a field that has come so far in such a short time, that would be an amazing outcome, indeed.