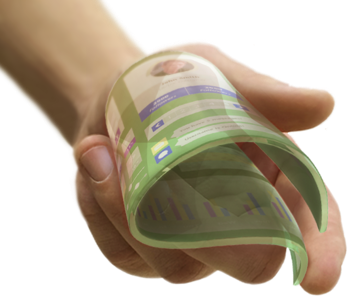 Thanks to the nanotubes of hybrid carbon, a transparent and stretchable film can transform any surface into a flexible touchscreen which can be bended to any form.  Developed by the Finnish startup Canatu, which specialises in industrial manufacturing, this technology could have numerous applications for mobile devices, connected objects and automobiles.

Nowadays the touch screens that we see in our daily lives are flat or slightly curved. The reason is that they are made up of materials that are both conductive and transparent but do not adapt to more complex and flexible shapes. Yet a folding touch screen that is malleable and can meet all kinds of design requirements are perhaps not so far away. ” The flexible 3D touchscreens will become widespread within next two to five years ,” says the Canatu, a young Finnish startup that obviously wants to be a part of this revolution with its NBC Flex Film .

This is a transparent, thermoformable film, which can convert any surface into touchscreen. The acronym NBC stands for carbon nanobuds. These “nanobuds” are actually carbon nanotubes whose shape has been modified to optimize the electrical connections. Furthermore, the carbon molecules take the shape as shown in the figure below so that they can be bended without affecting their conductivity. 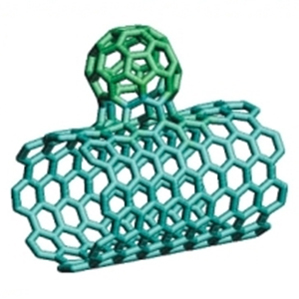 Canatu claims many advantageous properties of its NBC film whose radius is less than one millimeter and that can be stretched up to 120% of its size without losing its conductivity, allowing it to adapt to any type of shape. Moreover, the contrast of such touchscreen is 40% better than the traditional ones as it eliminates nearly all reflections. According to the founders of the company, a former researchers from the University of Aalto in Finland, this film will revolutionize the design in a number of areas, starting with mobile electronic devices such as smartphones, e-readers, smart clothes, connected gadgets etc. That’s not all … Canatu also evokes the potential of its technology in automobiles where this tactile surface can be used, for example, as a part of dashboard to replace mechanical buttons. Remote controls, computer mouse or other controllers could also benefit from this touch technology, not to mention a variety of industrial and medical sector applications.