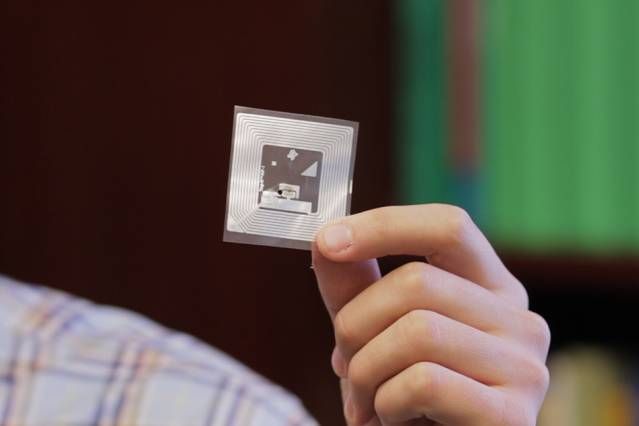 Using simple modified RFID tags, MIT researchers have developed chemical sensors that are capable of transmitting information to smartphone regarding gases in the atmosphere. This revolutionary technology can have numerous applications for detection of explosives and hazardous gases.

American chemists from Massachusetts Institute of Technology (MIT) have announced that they have developed a new generation of chemical sensors. The team presents them as cheap and easy to implement, without the requirement for wiring or power supply. Their design is based on simple RFID ( Radio Frequency Identification) tags which have been modified to detect the presence of harmful or unwanted chemicals like ammonia gas, hydrogen peroxide, cyclohexanone, etc.

Recall the operation principle of a chemical sensor. It contains a sensitive material which changes its chemical properties in the presence of a gas. In the same way, the electrical resistance of a circuit that can be modified to reveal the chemical concerned. MIT Professor Swager and his team have been working on this type of sensors for several years.

Unlike already available systems, the new generation of sensors proposed by chemists from MIT does not require electrical power and operates at room temperature. These sensors are manufactured using NFC ( Near Field Communication) tags that have been redesigned and baptized as CARD for Chemically Actuated Resonant Devices. NFC Tags are nothing but RFID tags operating at high frequency. They are used to exchange data without contact and distance between two devices equipped with NFC chips. Today, most of the smartphones have this technology integrated into them. They can therefore send short  radio frequency (13.56 MHz) magnetic pulse to induce an electrical current in these tags which can then transmits back the information to the phone. 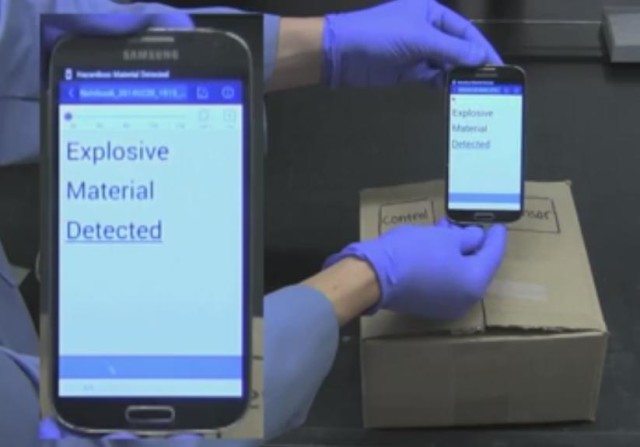 To achieve its goals, the MIT team first cut off the electronic circuit included in a classic NFC tag. Then, chemists reconnected all those circuits using carbon nano-tubes. An operation which is carried out with a carbon nanotube pencil that they had themselves developed in 2012. In the case of a conventional pencils, graphite material is used for writing. While here carbon nanotubes is used instead of graphite. When these nanotubes come in contact with the target gas, their electrical conductivity and transmission frequency changes. So, when a smartphone attempts to read the CARD, it responds according to the energy it receives and its transmission frequency. Hence smartphone can determine if the circuit has been modified and the target gas is present. The detectable concentrations are as low as a few parts per million.

For now, each CARD can only detect one type of gas. But one smartphone can get information on many different gases. Currently, the smartphone is placed at a distance of less than 5 cm from the tag. The MIT team is working on a Bluetooth technology to extend this range.

Due to its low cost and the ability to access information through a single smartphone, this technology can have multiple applications. The system could also help detect explosives or dangerous gases in a closed environments as well as pollutants dispersed in nature. The CARD could also be integrated with smart packaging materials that would warn consumers of possible damage or contamination of food. The chemical plant employees could also wear them as badges to check the amount of gas that they are exposed in the day.