Advertisement
We will not lie, waiting to cross a road is never fun and it is often very tempting to rush between cars to save time. Then why not wait and play a video game rather than risk your life to save a few seconds? This is exactly what this ingenious and interactive crosswalk button designed by students does. Waiting the red light has never been so much fun!

Amelie Künzler and Sandro Engel are two graduate German students in the creative design department of the HAWK University. They had this crazy but brilliant idea to make the wait of Pedestrians on crossings less exasperating. To be more exact, it is a button at the crosswalk that enables them to have fun by playing street-pong during the wait.

The efforts of two young aspiring designers have bore fruit. As recently in November 2014 the first model of Actiwait, as it is named, has been installed in the German city of Hildesheim. So, it has taken almost two long years before the “interactive pedestrian button” of Amélie and Sandro became a reality from the concept and a test version has been implemented at a crossroads, just in front of the  HAWK University. The passers-bys have been amused by this new toy! Having said that the crowd sourcing campaign on  Indiegogo has only collected 349€ out of the desired minimum of € 35,000. 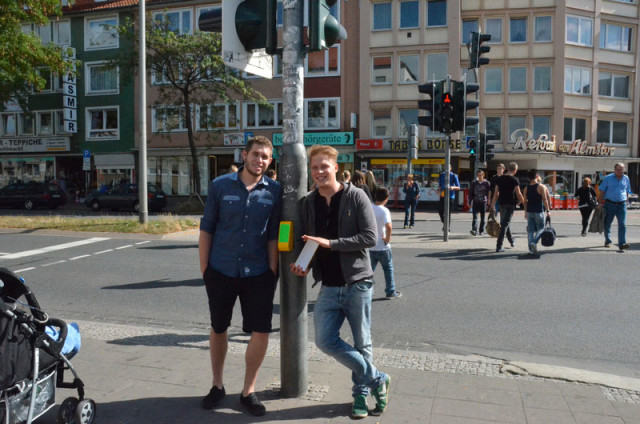 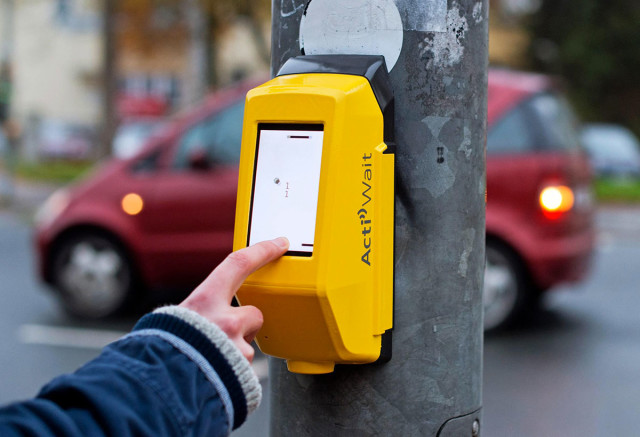 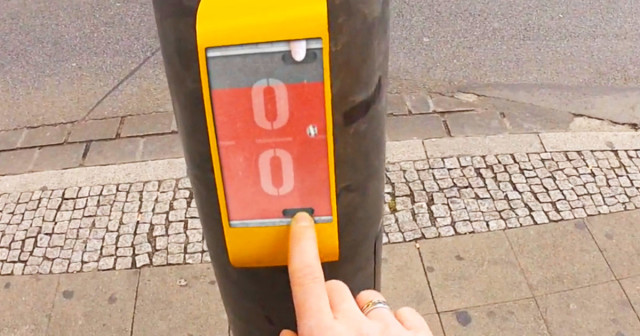 This invention is simply great! We have become a big fan of the concept of Amélie and Sandro. We hope to see more and more pedestrian crossings equipped with interactive game of Actiwait. Would you like to have it installed near your residence?