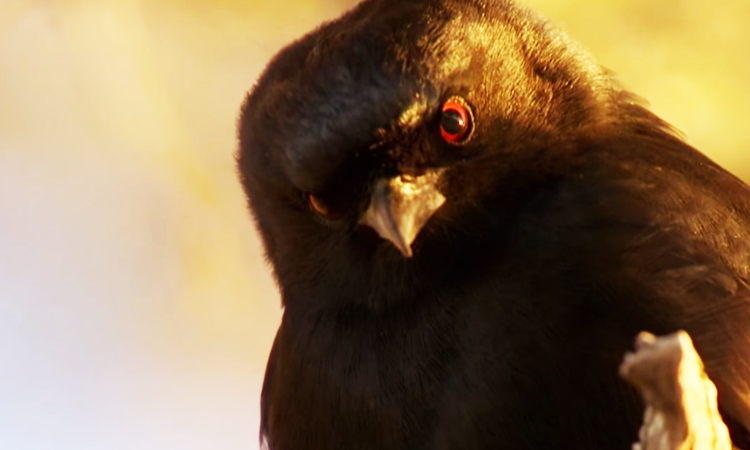 Advertisement
An African bird has developed one of the best strategies to steal the food of other animals. It imitates the distress cries of other species to drive them off and then eat the food of these animals which they drop while fleeing. We present to you this amazing bird.

The Spangled drongo is a black bird with dismal appearance and red blood eyes. Normally, these aggressive animals merely eat insects for food. However, when the temperature is too low and the usual meal is not present in large numbers, they use a different strategy. They mimics the cries of other animals to scare them away. If succesful the drongos recover the food abandoned by the fleeing animals. In this way, the bird is able to eat the food that that it could not hunt for itself, like scorpions or large larvae.

Th biologist Tom Flower and his team at the University of Cape Town, conducted the research on 64 drongos for over 850 hours. Tom noted that sometimes imitations tactic does not work. Then birds imitate the distress call of another animal. In total, the drongo would be able to imitate about 50 different species, including meerkats, the Pale Chanting Goshawk, or Sociable Weaver.

The drongos are not the only ones to fake the cries of other animals (approximately 20% of songbirds also know how to do it), but according to Tom: “The drongos are the only ones producing, flexible, specific signals to cheat different animals and maintain their deception of voice when the previous attempt failed. “ 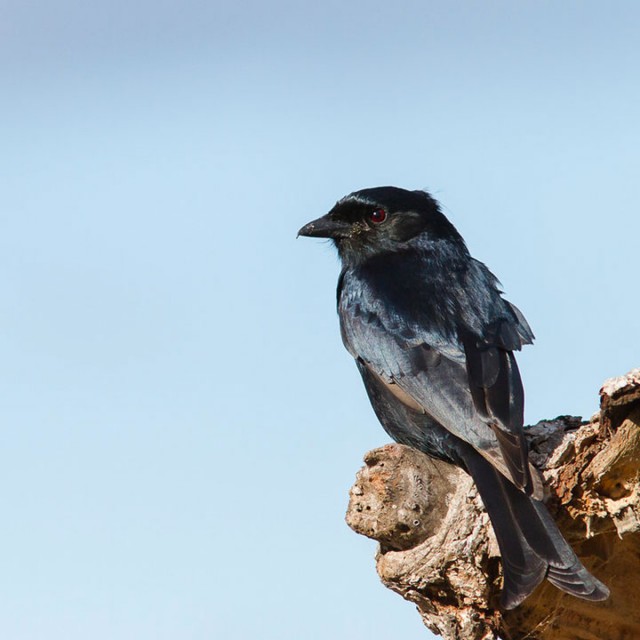 We were impressed by the ingenuity of brilliant drongo to steal the food of the poor animals. We can only admire this behavior of the bird. Would you have thought that an animal could have the ability to adopt such a resourceful and inventive behavior?