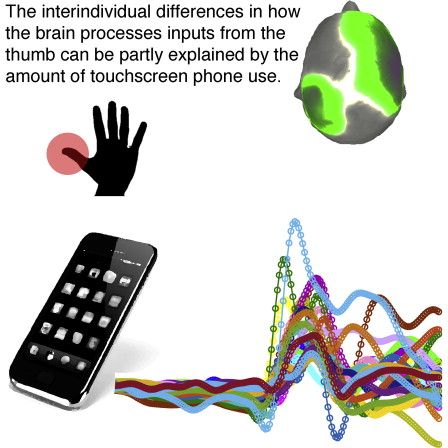 According to a study by EPFL (École polytechnique fédérale de Lausanne) and the University of Zurich, the use of smartphones creates a specific impression on the brain area dedicated to the touch. With this data, scientists will be able to study the evolution of the plasticity of the somatosensory cortex using data from use of the smartphones.

Will the use of smartphones make you smarter? Not really, but it helps to change the plasticity of human brain. This is the conclusion drawn from a study conducted jointly by the researchers at EPFL and the University of Zurich. They were able to observe the changes undergone by the cortical somatosensory under the influence of the specific dexterity caused by the use of smartphones. Specifically, when we use the touch screen of a smartphone, our brains show more activity in regions associated with the index, middle and especially the thumb. The phenomenon is not surprising, but the reaction was observed and verified.

For Professor Arko Ghosh who led the study published in the journal Current Biology ,“smartphones will allow us to correlate our digital imprints with brain activity and understand how normal life shapes the brain of ordinary people”. Until now, scientists relied on elite athletes or musicians to measure how the brain adapts to a specific activity. 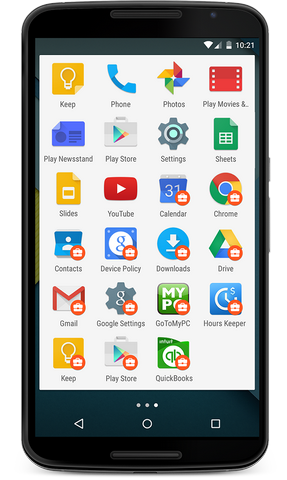 In the case of a violinist, for example, the area of the cortex somatosensory represents fingers which act on the strings of the instrument, is much more developed. But being able to use data from the digital devices of everyday like smartphone presents an enormous potential. For this study, Professor Ghosh’s team worked with a group of 37 people, all right-handed. 26 of them used smartphone touch screen while 11 people used a conventional physical keyboard. By measuring the brain activity of subjects using an electroencephalogram, the researchers were able to show the difference between the two user groups. They also found that the activity of the somatosensory cortex is proportional to the frequency of smartphone usage. More the activity was intense in the last ten days, the more the brain signal became important.

“Digital technology we use everyday, shapes the sensory processing of our brain on a scale that surprised us,” says Ghosh Arko. The question is whether this influence may present a risk or not. This question is not addressed in the current research but it will definitely create a database for scientists for such studies in future.