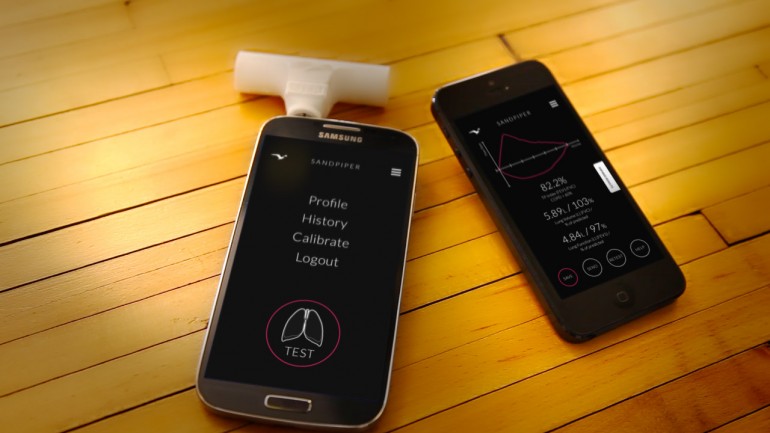 Sandpiper is a smartphone gadget that can be used in lung monitoring. Sandpiper is designed with the aim to provide an alternative to the spirometer. You just need to plug in the headphone jack and blow on one side of the unit. We tell you more about this amazing gadget.

Now, smartphones are playing an important role in health monitoring as they are being used in multiple fitness gadgets. Now, an app is being developed that can be used in lung monitoring. The wonderful app is named as Sandpiper and designed with the aim to provide alternative to the spirometer. The app is easy to operate and relatively cheaper than the conventional lung diagnostic apparatuses.  Sandpiper is a machine that measures the airflow in the lungs. You just need to plug in the headphone jack and blow on one side of the unit.

The unit has a sensor inside it which generates electricity equivalent to the passing air velocity and calculates the volume of the air. The unit works both with the android and iOS. The information of calculated volume is then passed to the app installed in the smartphone. The parameters such as inhaling and exhaling rate, lung capacity, airflow limitations and amount of exhaled per second are then measured. Collecting all these information normally requires costly machines in the range of thousands of dollars but Sandpiper is far cheaper and easy to operate with. 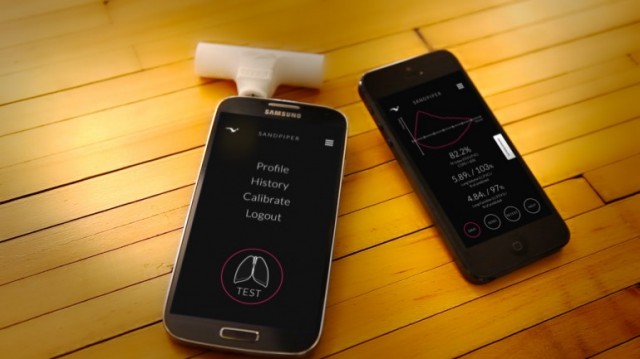 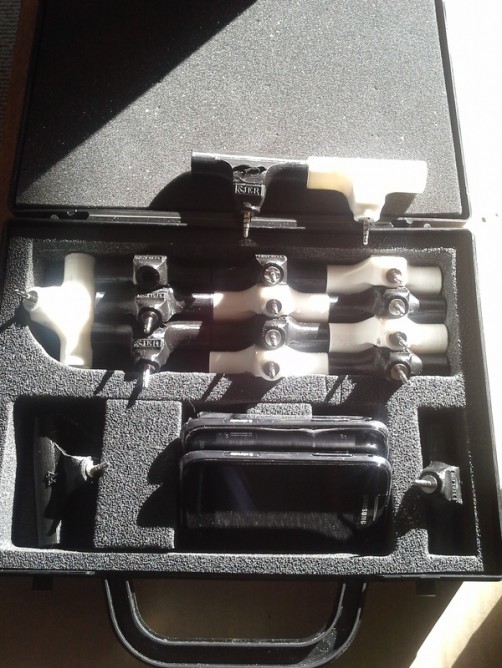 Sandpiper is not the first gadget of its kind, for lung monitoring, spirosmart is also such type of gadget which measures the airflow level. The Spirosmart makes this measurements using the resonance of the breath in trachea and vocal tract. A company named South Jersey Engineering and Research has been working on Sandpiper. The fund raising campaign for Sandpiper has been started on the Indiegogo. If all goes well, the sales will start in December 2014 with the price of US$55 per unit.