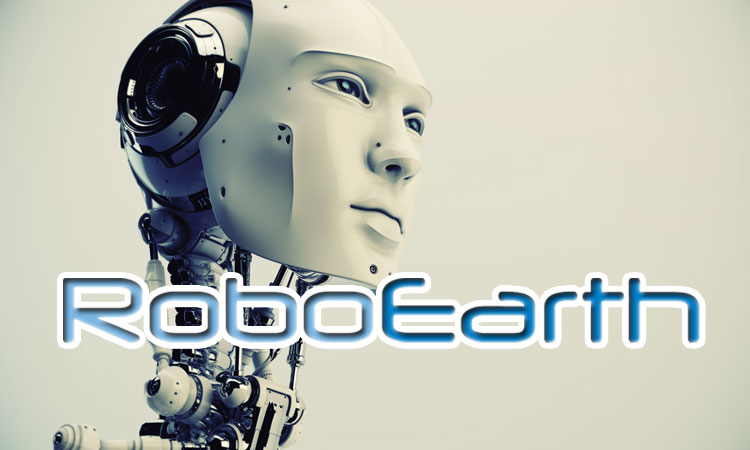 Advertisement
RoboEarth is European collaborative project where different robots can exchange information and increase their knowledge to do the desired tasks.

The project RoboEarth was launched four years ago and now the of researchers have made a practical demonstration of the project. Four robots working in collaboration with one another to help the patients at the hospital. The RoboEarth consists of a collaborative platform which enables the sharing of knowledge base and computing resources. The four robots have performed a series of tasks such as serving drinks to the patients or open their pills. 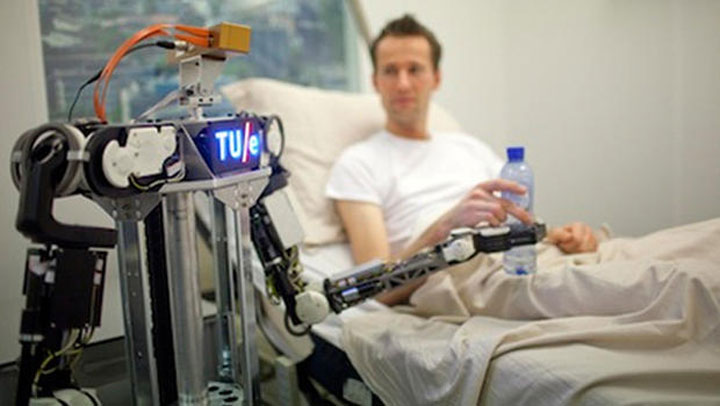 The networking and sharing of information greatly accelerates the process of learning and adaptation that allows robots to perform complex tasks. Secondly, the extensive computational power of the platform enables the robots to offload their computationally time-consuming tasks and run it on the platform. The ultimate vision of the project is to create a world wide web of robots where the knowledge from different robots and humans can be placed in a common repository in machine readable form.

This research is truly innovate as till recently, the robots were not able to understand and cope with unstructured environments (as we humans can do). Robots have to be preprogrammed to cope with all the possible conditions that they may encounter while performing their tasks.  While in the case of RoboEarth, the robots dynamically decide their response based upon the data from their onboard sensors, as well as, information obtained from other robots. RoboEarth plans to use the Internet to create a giant open source database that can be accessed and updated continuously by different robots worldwide. With the sharing of knowledge at such a vast scale, and the independent voluntary contribution of industry and academia to the platform, it is hoped that RoboEarth will revolutionize the pace of advancements in the field robotics. All this would inevitably lead to a more subtle and sophisticated interaction between “man and machine”. 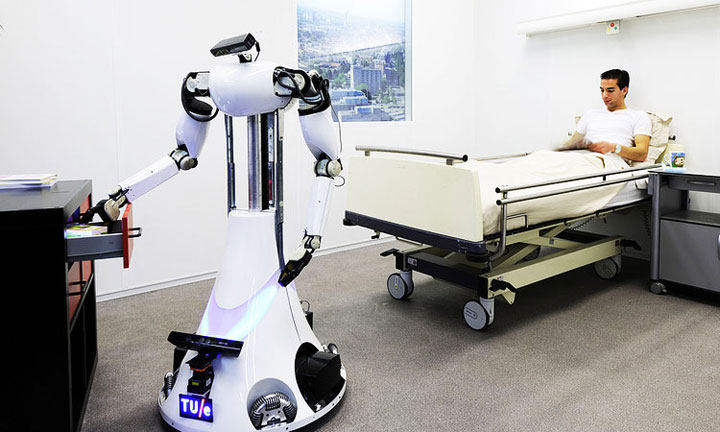 This collaborative platform that unifies the brains of robots makes us think of Skynet in Terminator. It is amazing to imagine that robots will soon be able to perform the same tasks as the humans. In any case, we are very excited about this project and very eager to see the final results. Do you think that this project will help in future progress in the field of robotics?