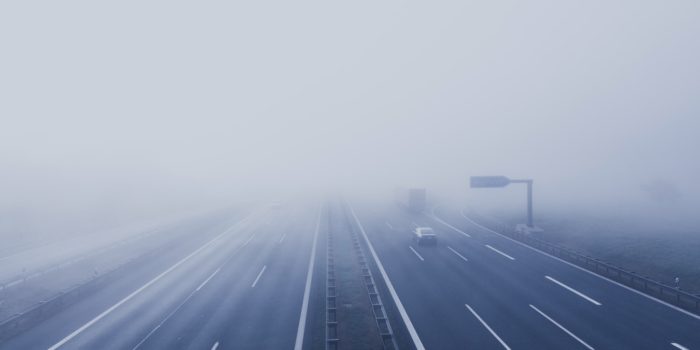 A road-marking robot that can save hundreds of working hours is one of the latest pieces of technology to be put on UK roads. The robot has already proved that it can pre-mark eight miles of motorway in just four hours, which is much less than the week it would take two engineers. In fact, road officials are so impressed with the precise positioning technology that the robot uses that they’ve ordered a second one.

Precise positioning technology allows the road robot to mark roads by using a global navigation satellite system (GNSS) known as Geomax Zenith. As a result, the robot is completely autonomous, and can be trusted to mark out center lines and car park bays on the country’s roads. By simply using a USB, additional shapes, such as hatching, arrows and numbers, can also be marked out autonomously. GNSS technology substantially improves accuracy, too. During testing on a 3km stretch of road, the robot averaged a 5mm tolerance. In contrast, engineers working by hand work to a 25mm tolerance.

Every month, 250 motorists in the UK drive into road works, putting the lives of road workers at risk. In addition, a recent survey found that 59% of drivers admit to driving dangerously through roadworks. This type of driving behavior puts workers at risk of sustaining a personal injury on the road, forcing many to seek medical attention and fight for compensation for their injury. The guidance of specialized lawyers is valuable in this scenario: legal experts JJS Justice note the importance of medical experts in a law team to ensure the best outcome for law suits involving injury and malpractice. For road workers faced with medical and legal battles, there’s nothing better than knowing that this autonomous piece of machinery is doing the dangerous legwork, allowing them to safely stay on the sidelines.

One of the biggest projects that the robot has worked on is the ongoing £1.5 billion project on the A14. It has also been used on various other stretches of road, including three miles of hard shoulder on the M4, five miles of the M6, and two miles of the M1. Just these three motorway projects saved 110 man-hours. But there’s no need to worry about this piece of technology taking away precious jobs, as engineers and technicians are required to program the robot and monitor its performance.

UK road officials are utilizing a nifty and clever autonomous robot that uses GNSS and precise positioning technology to improve the condition of their roads faster than ever before. This means that roads are increasingly being made safer, and road workers are instantly better safeguarded on the job.