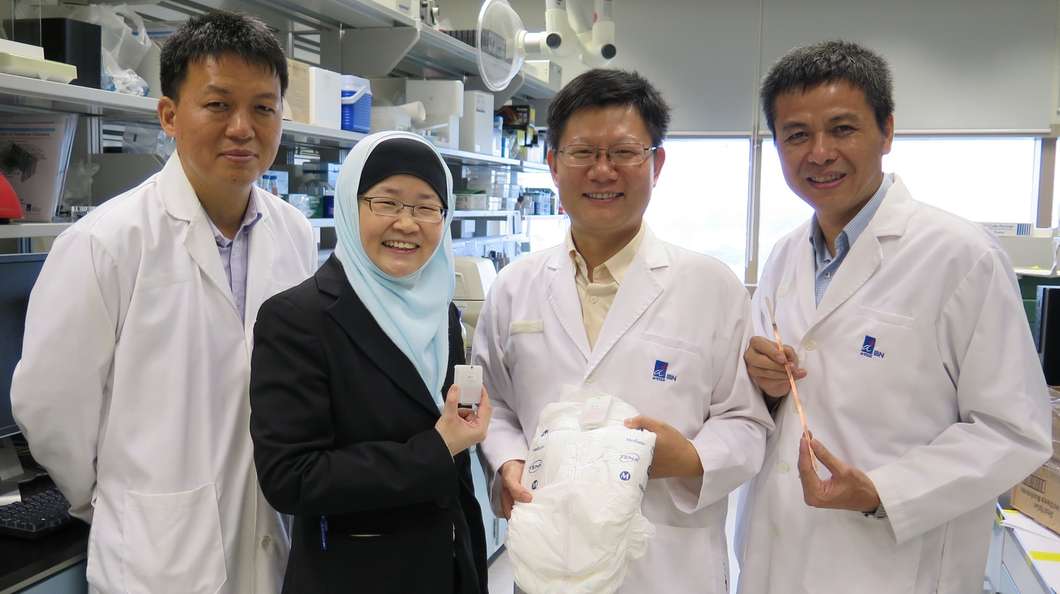 Diapers are big convenience for the mother of babies as well as the care takers of the elderly persons. However, it is difficult to know when the diaper gets dirty. As a consequence, the baby or the elderly person has to spend more time in soiled diaper. Now, a team of Scientists at Institute of Bioengineering and Nanotechnology (IBN) in Singapore has come up with solution that is both convenient and cost-effective. Here a sensor strip is used to monitor the wetness of the diaper and when it reaches a preset level, the transmitter attached to strip sends a wireless SMS signal. This alerts the care taker that now its the time to change the diaper. This prevents the development of allergies, rashes and diseases etc.

Currently, the sensor strip can only be integrated into an adult diaper and once diaper is used the cost-effective sensor can also be disposed off. While the transmitter can be reused with new sensor fitted into the other diaper. Sensor strip can be fabricated from many different materials such as paper, metal or plastic.

The trials of this new system were carried out on 20 elderly persons in an old age home in the month of November and December 2013. The results were quite encouraging as the diapers were timely replaced and the patients spent 90% less time in the dirty diapers when using this system. When a caretaker received the SMS alert it changed the diaper within minutes. 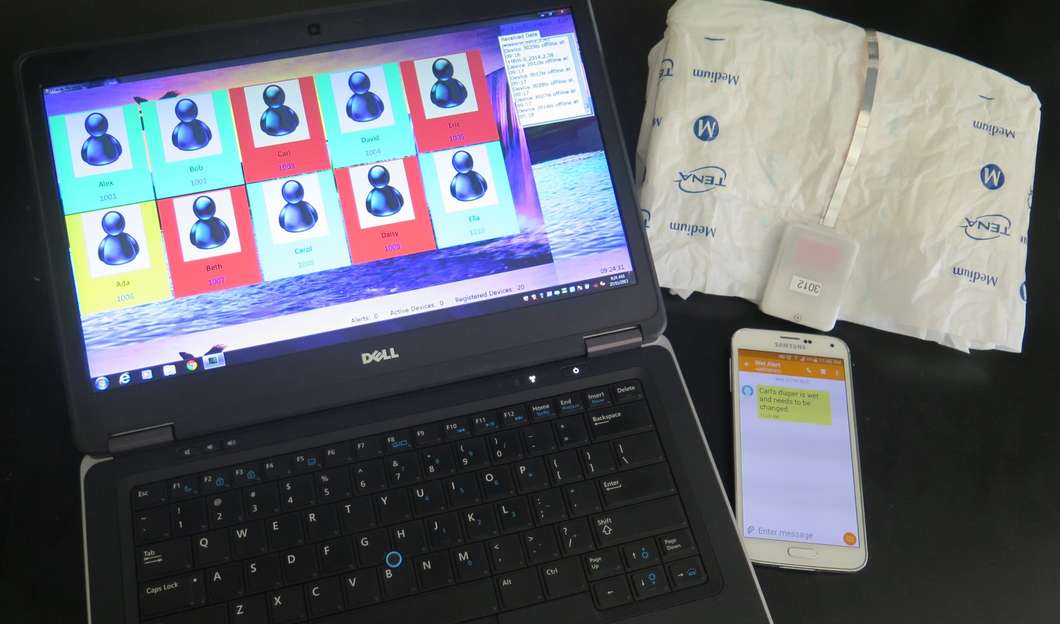 IBN is now commercializing this technology using a startup named as Wet Alert. The start-up received a Bronze medal for its product during Long-Term Care Quality Festival Poster Competition. Which was being held jointly by the Ministry of Health, as well as, the Agency for Integrated Care. It is expected that this diaper would be particularly useful for patients with bad cognitive responses or speech issues.