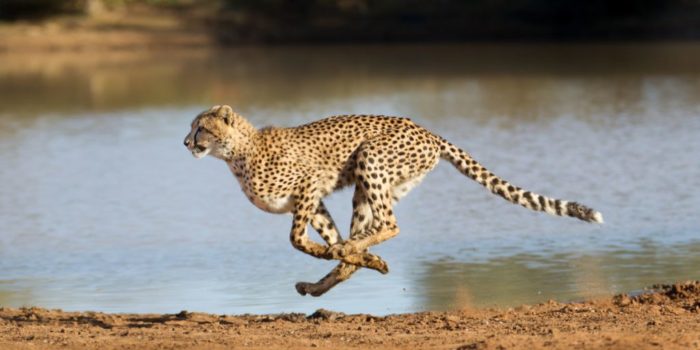 The device may not look like a cheetah, but it imitates it in terms of speed and motor skills. This robot capable of running on solid spaces or swimming in water at unparalleled speeds for a bot of its kind. With possible uses in the field of rescue or for industrial applications, here is the brand new model of soft robot.

Researchers at North Carolina State University have developed a new flexible softbot or robot that can move very quickly on solid surfaces and can even lift heavy objects. This new robot was named LEAP ( Leveraging Elastic instabilities for Amplified Performance ) and it takes advantage of its elastic instabilities for amplified performances. As a soft robot, LEAP was inspired by a biological organism for its design and, in this case, it is the cheetah. ” We were inspired by the cheetah to create a type of flexible robot that has a bistable spine, which means that the robot has two stable states” said Jie Yin, the designer of the new softbot, in a statement .

A full description of his robot and the results of his research on the subject were published in the journal Science Advances . According to this paper, the LEAP measures 7 mm long and weighs 45 g. The softbot can cover 2.7 body lengths per second. For comparison, the world’s fastest soft robot, other than LEAP, moves at a speed of 0.8 body length per second. Its speed is therefore more than 3 times higher than that of previous generations. Another advantage compared to other existing soft robots, the LEAP is capable of climbing steep slopes. In addition, scientists are still improving the softbot so that it can be able to grab objects.

According to Jie Yin , there are several possible uses for this soft robot. He said, “  Potential applications include search and rescue technologies, where speed is essential, and industrial manufacturing robotics. For example, imagine a faster production line robotics, but still capable of handling fragile objects.  “