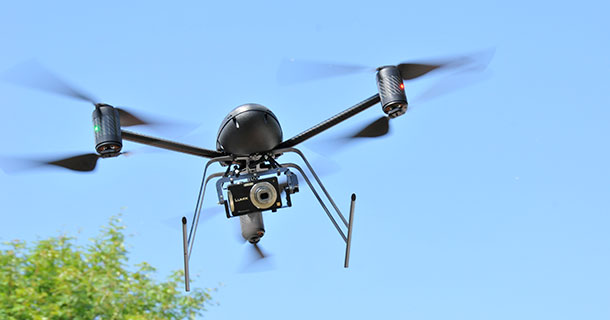 The Paris Police will soon be experimenting with drones for the surveillance of sensitive areas in the French capital. On the other side of Atlantic, majority of American cities have already acquired many drones for the same purpose.

The adoption of drones will facilitate the Paris police in the collection of information from places and situations where police involvement is deemed too perilous. This task is being done under the supervision of Philippe Caron who is the head of the operational management of technical and logistics services (in french named as Direction opérationnelle des services techniques et logistiques DOSTL). He is responsible for advising the French government on various technical equipment procurements and investments.  While citing a letter from the department of police dated August 6 he explains:

We plan to use the drones for the surveillance of areas which are risky for the police to intervene. In this context, trials have been planned in the coming weeks at the request of the Police Commissioner.

Since 1992, law enforcement have been suggesting the use of drones for the civilian surveillance. However, the use of these simple but discrete mini-UAVs for the civilian surveillance is subject to strict regulations by the DGAC, particularly over urban space. A decree of 20 January 1948 banned the flight of radio controlled devices over Paris, including over private property.

The regulatory framework needs to be evolved, as well as, European laws need to be amended. In April, European Union headquarters in Brussels had announced the deliberations on how to improve and explain the rules governing the use and safety of civilian drones in Europe, especially for the protection of privacy.