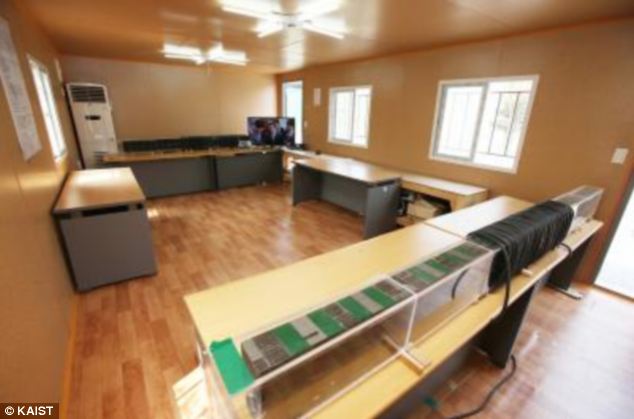 Forgetting one’s charger or the charger cable is a very common and annoying issue.  A pretty nice solution to this problem has been invented by Korean scientists. Forget the clump of charger cables and no need to search for the mobile charger, as they have devised such a system that can charge 40 mobiles around it in the radius of 5 meter. You do not need to find a socket or extension to plug your charger. Furthermore, this system can also power big screen HDTV systems.

Well, it is a Dipole Coil Resonant System that can charge mobiles wirelessly using principle of electromagnetic induction. A demonstration has been made at KAIST University in Korea. As we see saw during our lifetimes the internet has shifted from wired to wireless and mobile phones, so why not the charging of electronic gadgets can be achieved wirelessly? This is the motivation behind this system which has been developed under the supervision of Professor Chun T. Rim. The system is considered to be the longest range wireless charger.

According to the scientists working on the project, over the past few years the way we power our gadgets has changed a lot. We have moved away from wired to the non-wired means, rather now we use batteries to give us more autonomy. Using this new innovation it would be possible to get rid of the cables altogether. This new technology in addition to charging the mobiles can also power a large LED TV and three 40 Watts fans.  It is no doubt that this charging distance is a record in itself as current wireless charging systems require to place your mobile on the charging pad to charge them. In this context, Nokia had already  introduced its phones which have wireless charging capabilities. According to the inventors, this new technology promises the longest range for charging that has never been tried earlier.

The researchers believe, though it is an expensive technology at the moment, with passage of time and mass production its cost would be reduced. Wireless can also find its application in hotels, bars, restaurants and all public places.