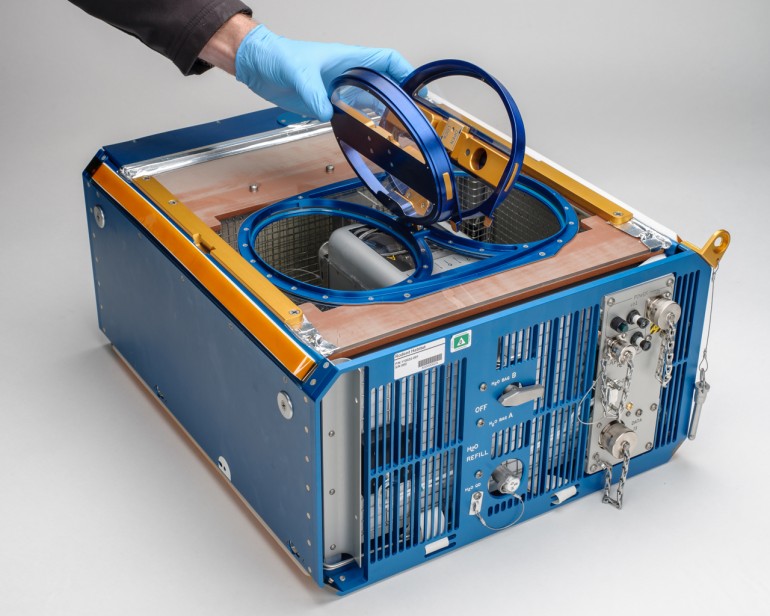 NASA has recently made a habitat for rats going to the International Space Station this August. The newly built cages are designed for extended stay of mice in space. The main objective is to study the genetic effects of prolonged stay and how to prevent them.

NASA is the world’s largest space agency which is exploring the space outside our planet. NASA has recently made a habitat for rats who are going to the International Space Station this August. The main purpose of the newly built cages is to investigate the special effects of weightlessness during space journeys. The cages will be placed aboard an unnamed Dragon ship SpaceX. The posher rodent cages were first used by NASA in 1950 when they were carried to space by a rocket.

The animals including monkeys, chimps and rats are playing an important role in the development of space medicine. About 27 batches of mice were part of the space flights from 1983 till 2011. This time instead of placing rats into simple shoebox, they will place them in special cages. They heve been developed at Ames Research Center in Moffett Field, California. The newly built accommodations are designed in such a way that they could prolong the stay of the animals into the space.

The newly built habitat has a transport module and an access module. Transport module can be fitted as racks of pressurized freight of Dragon spacecraft.  While access module is used to shift the mice from shuttle to the space station without letting them escape. This module also lets the scientists observe the movements of the mice. The new habitat can accommodate six rats with lighting, food, air and water. To make movements of the mice under control, special rods can be used. Scientists can observe the rats using special infrared video system. According to the National Research Council the newly habitats can be made part of the Mars mission.

It is observed that six months astronauts stay at ISS has badly affected their health. Living in zero gravity effects immune system, reproductive system, nervous system and weakening of bones and etc. Mars mission is of two years, so it might be having fatal effects on the astronauts and conditions might get severe in the presence of space radiations. The main objective of the study is to analyse these effects on genetic level and how could they be prevented. According to Ruth Globus, a researcher at NASA, “Studies that use different genetic strains of rodents will help researchers pinpoint the roles played by specific genes in gravity sensing and responses.” For such studies, rodents are really helpful and have numerous advantages.