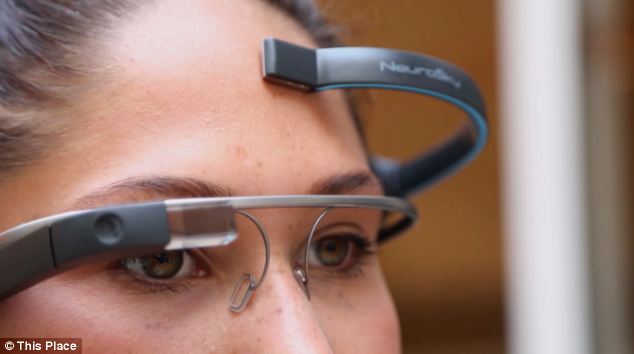 A remarkable app has been developed that allows you to take pictures by just thinking about it and concentrating on the target object. In addition to that, using your mind power you can also share those photos on the Facebook and twitter

Indeed, the Google Glass is the result of years of of technological advancements in different scientific fields. In this regard, a remarkable new app has been developed that can enable you to take pictures just by thinking about it. The new app reads the brainwaves to fulfill your desire.  The MindRDR is the first ever app that is based on the brainwaves technology. The super-tech app enables you to take pictures of objects by simply concentrating on them. Another interesting fact about this app is that it also allows you to share those photos using Facebook and twitter, using your mind power. You need no voice command or any type of touch to execute the job.

This app is really good for the photographers who want to capture the beauty of different objects using eye of the camera. But on the other hands, it is a real threat to the privacy of individuals. A London based firm has launched this amazing app that makes use of Google glass and Neurosky EEG biosensors. Basically the app works by measuring the brainwaves as a result of activity of the brain in action. The app also provides the user a feedback about how close he is from taking a picture and then finally allowing him the freedom to share them on the social media. The wonderful app has developed by the company called This Place.

The main hurdle in using either voice commands or touch is the disability of the users or the social limitations. The app has been designed with good user experience as its main objective. The visual feedback is in the form of a horizontal line in the middle of the screen that comes to the top of the screen upon concentrating. As the user relaxes, the horizontal line comes down and once the line is at the top, the glass captures a photo. Now, to share it on the social media, the line goes to the top again and in case of deleting the picture, the line goes down.

According to the creative director, the current capabilities of the app are limited as user can only take photos and share them. In future, the company aims to be also useful for the people suffering from the locked-in syndrome and severe multiple sclerosis. The software of the app is open source and made available on the GitHub.