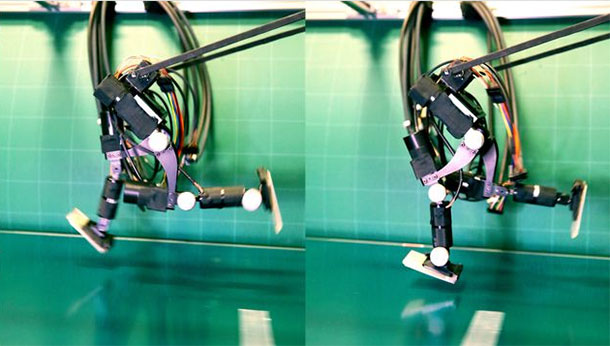 A group of researchers from the University of Tokyo has announced that it has developed a bipedal humanoid robot that runs like a human beings.

Named as ACHIRES (Actively Coordinated High-speed image-processing Running Experiment System ), the robot has a size of 14 cm and runs with a speed of 4.2 km/h. The semi-humanoid is still small, but already walks like a real man. Envisioned by Pr. Masatoshi Ishikawa, a professor of computer and information systems at the University of Science and Technology in Tokyo, the robot is still in prototype stage. Ishikawa certifies that when the legs of the robot will be 70 cm long, the robot will reach a speed of 10 km/h which is equivalent to the jogging pace.

Most traditional bipedal robots can walk, but very few are able to run. This is due to their mode of operation, while legs move during running, the rest of the body remains motionless to ensure its stability.

ACHIRES works differently, while taking a forward step, it rotates its hip and move its other leg forward not to lose balance. In this way, it replicates the motion of a human leg or legs of an animal. To perform this action, the robot uses a system of high-speed images that allows ACHIRES to activate his leg forward at the right time. 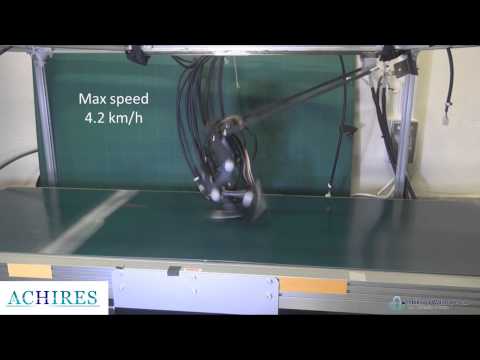 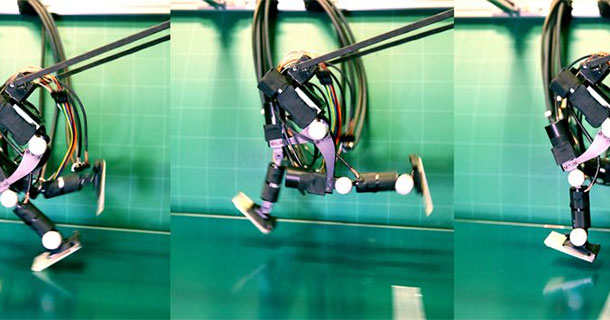 The robot camera films the robot’s movements at the rate of 600 frames per second and after interpretation of video, the signal is sent to the actuators located in different parts of the body. The team does not intend to stop there: it plans to develop a robot with a camera on its head that can jump over obstacles and play football.