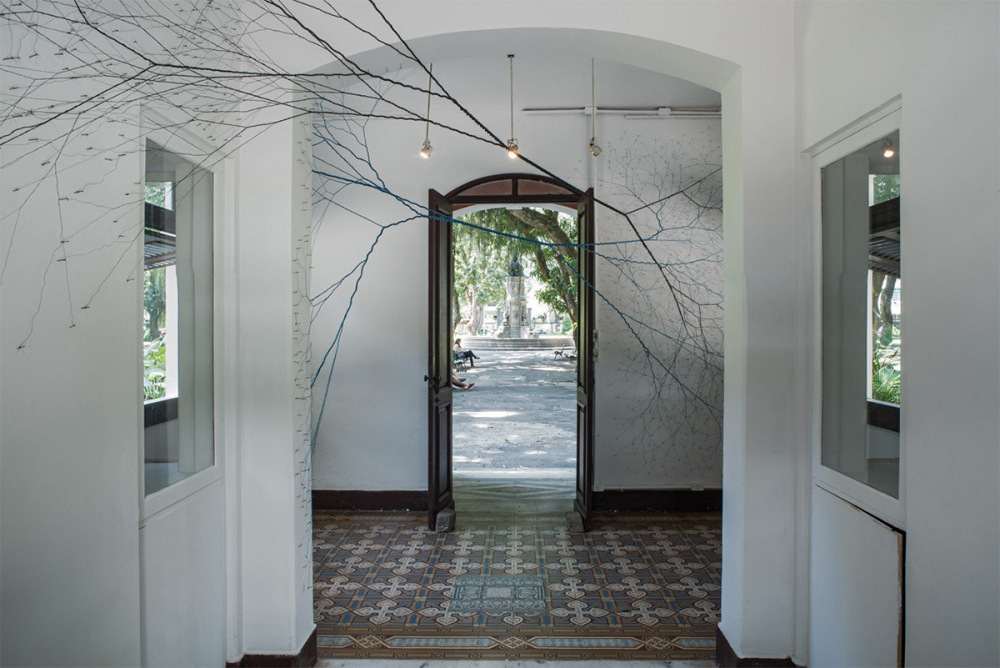 The artist  Janaina Mello Landini  makes complex installations and sculptural works based on non-curved strings that branch out like roots of trees.

The fractal artworks developed over a period of six years is part of her series entitled “Ciclotrama “, a word she invented that combines the root word root ” cycle ” and the Latin word “trama ” meaning string, Weaving or spider web. Via  Zipper Galeria  :

Originally from Minas Gerais but based in São Paulo, Janaina Mello Landini (São Gotardo, MG, 1974) aggregates her knowledge of architecture, physics and mathematics and her perception on time to develop pieces that travel through different scales. The labyrinthine architecture has been the central axis of her research in the “Ciclotramas” series, made with ropes that break down into minimal threading, and “Labirintos Rizomáticos”, works in satin that result in the construction of multifocal perspectives, nullifying the traditional construction.

Landini has created numerous art pieces for several exhibition over the past year, including an exhibition at  Galleria Macca last June  .

You can see her more recent work on  Artsy  and  Zipper Galeria. 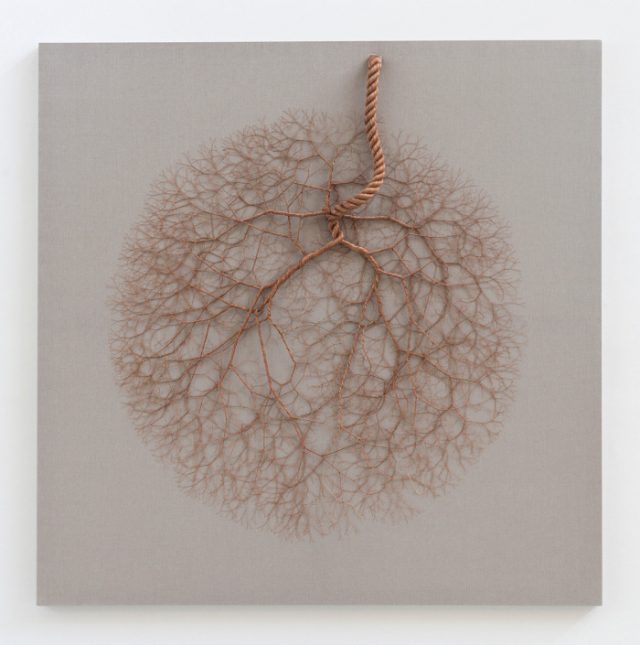 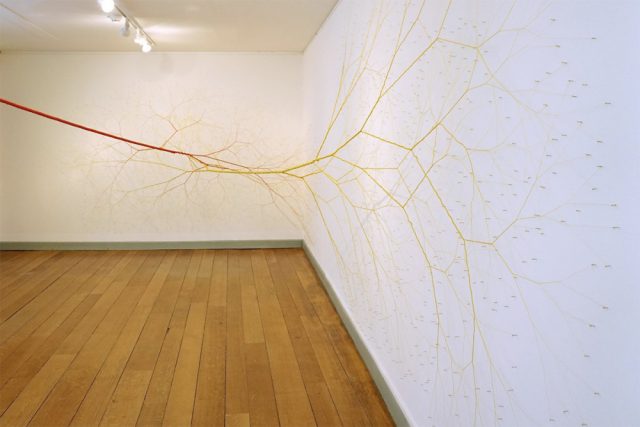 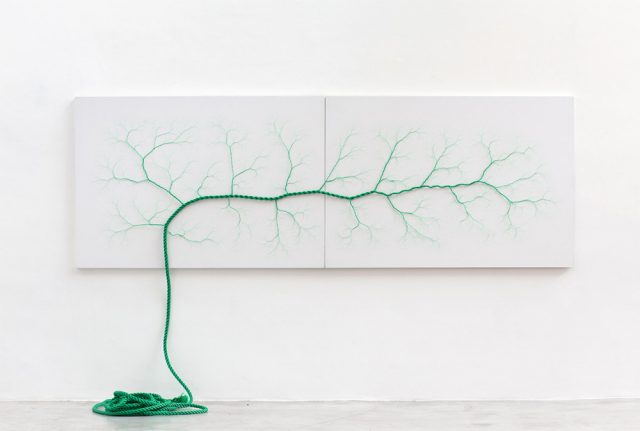 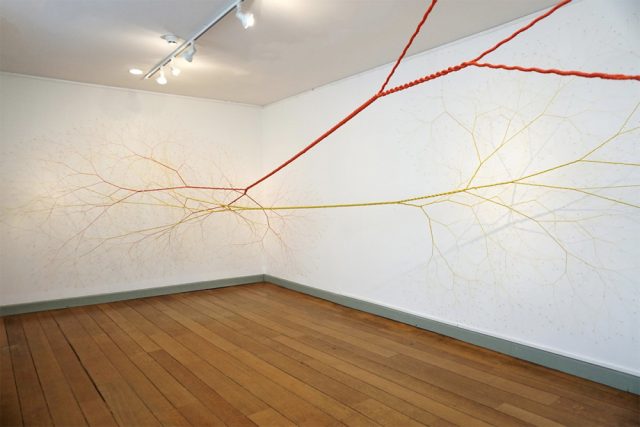 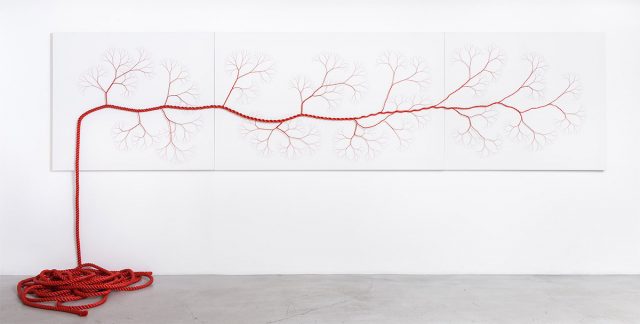 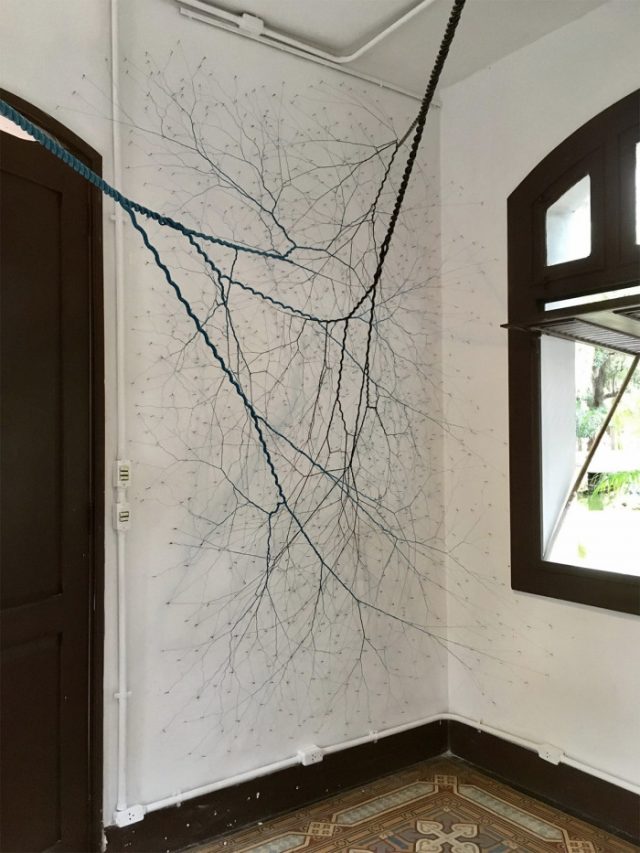 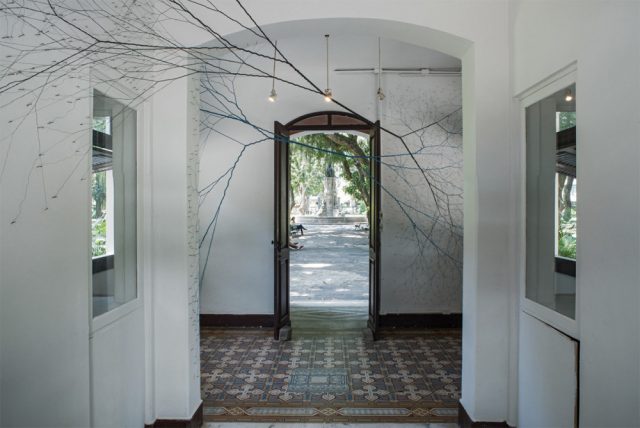 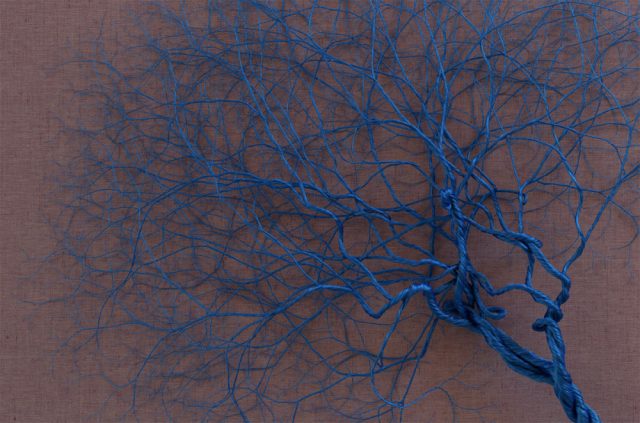 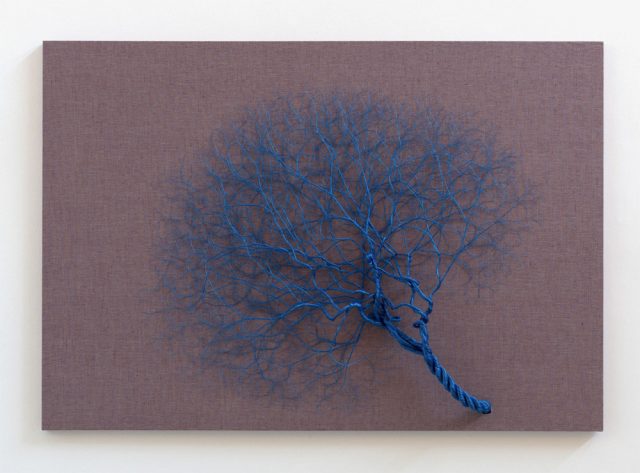 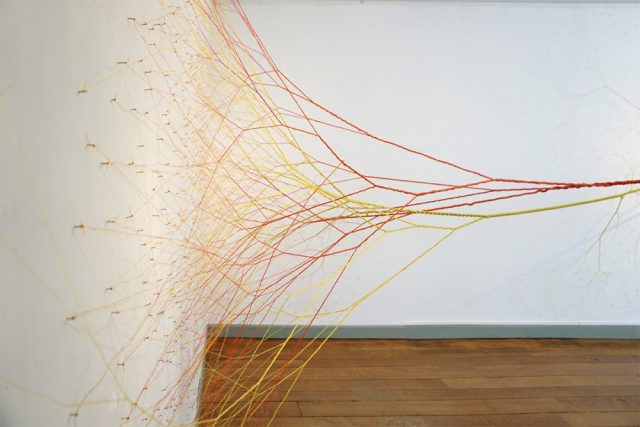 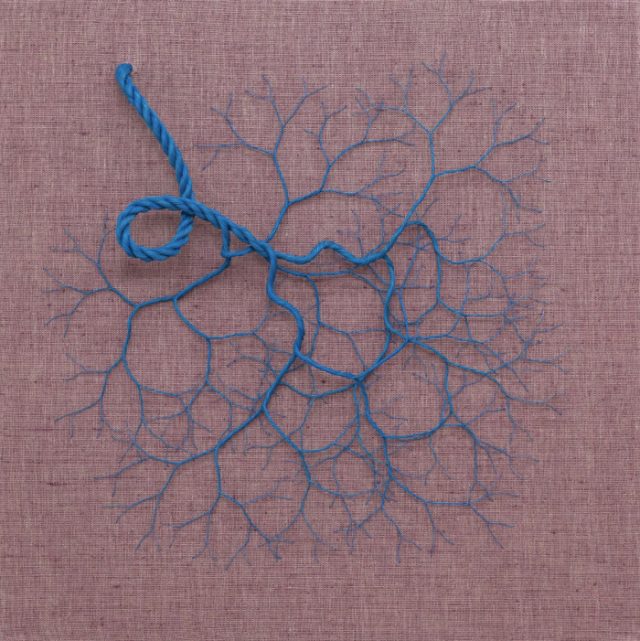 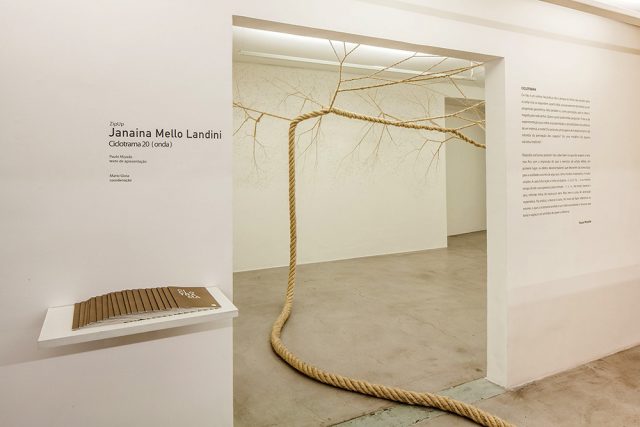 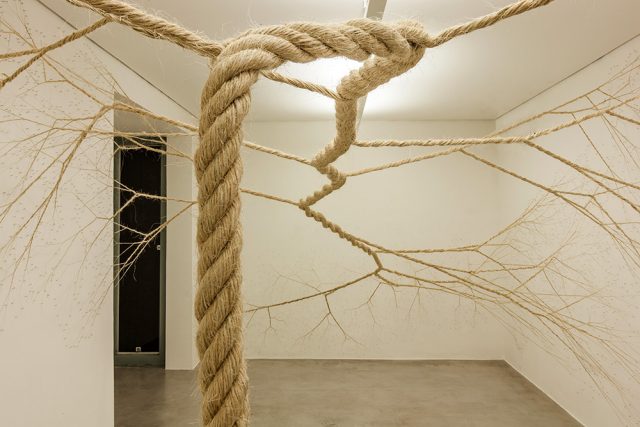 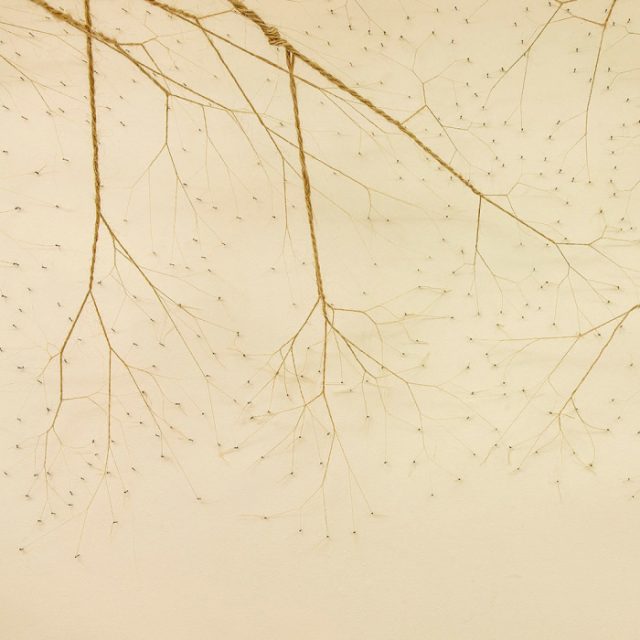 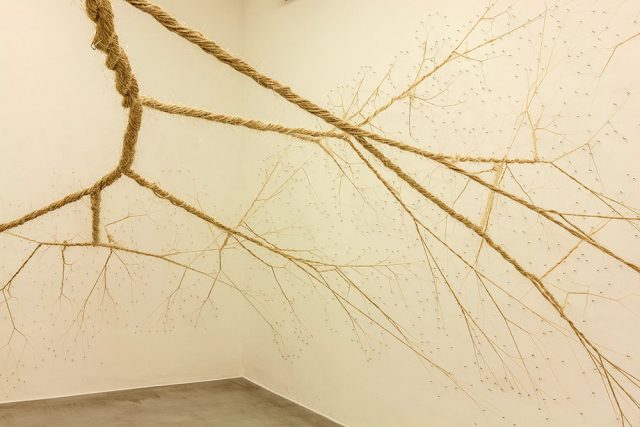