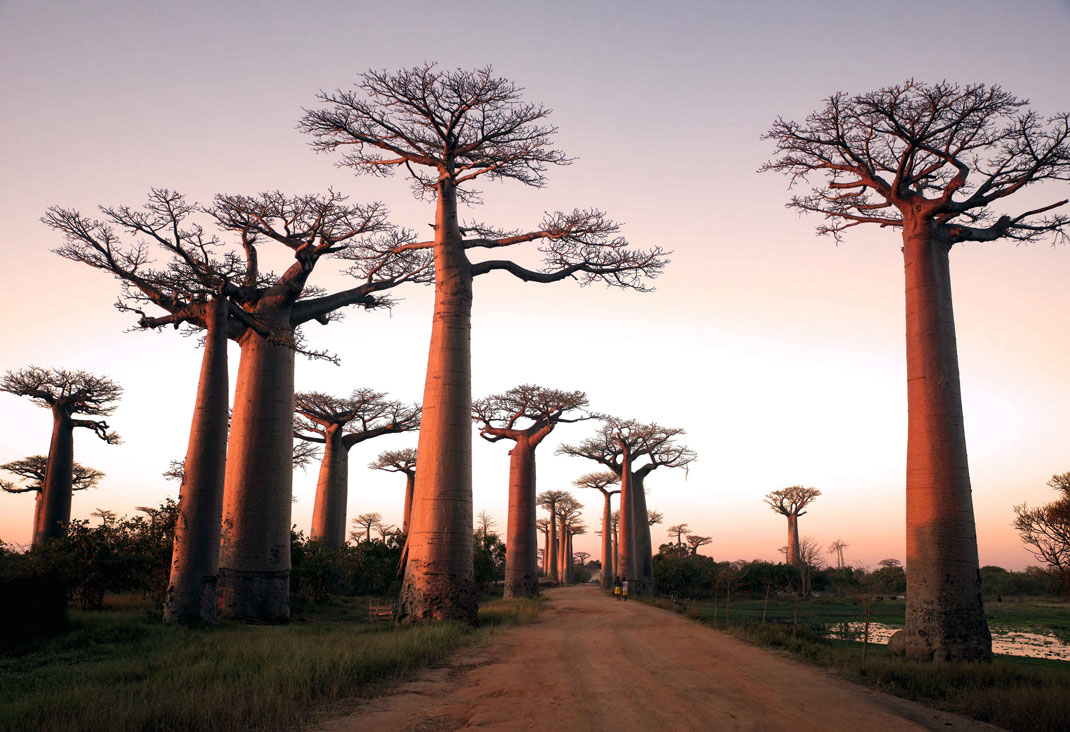 Across the world, there are a multitude of forests, each one of them more sublime and mysterious than the others. Some refresh human spirit by their colors, while others charms you thanks to their trees with incongruous shapes, their size or the particular atmosphere that resides there. We present nine such extraordinary forests.

Located in Poland, the Twisted Forest is a true natural curiosity. With an area of about 1.7 hectares, it is composed of more than 400 pines which have the characteristic of having the base of their trunk extremely deformed and presenting an angle of 90 °!

Thus, these trees, which are about 80 years old, seem to be bent … If today nobody seems to know why these pines have this particular shape, the most widespread theory says that they would have been planted in this way for the purpose of creating furniture from them, and but perhaps he would never have reaped the fruit of his labor. 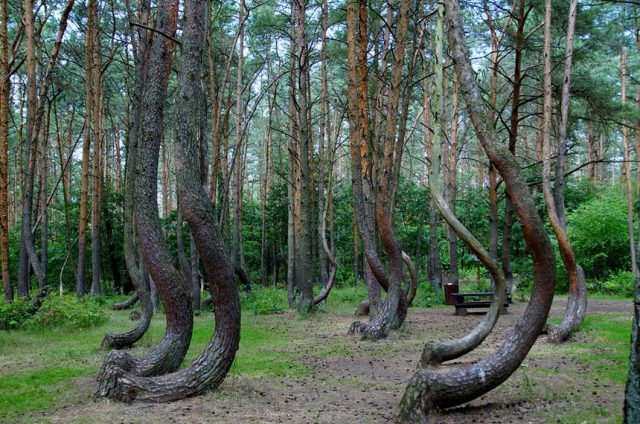 Located in Poland, the Twisted Forest is a true natural curiosity. With an area of about 1.7 hectares, it is composed of more than 400 pines which have the characteristic of having the base of their trunk extremely deformed and presenting an angle of 90 °!

Thus, these trees, which are about 80 years old, seem to be bent … If today nobody seems to know why these pines have this particular shape, the most widespread theory says that they would have been planted by someone in this way for the purpose of creating furniture from them, but perhaps he would never have reaped the fruit of his labor.

The Puzzlewood  site is located in the Dean Forest in England and is best known as the inspiration for writer JRR Tolkien for the famous saga ” The Lord of the Rings “.

In the 19th century, more than 1.5 kilometers of winding roads were constructed so that you can easily walk in this enchanting place where you can admire strange rock formations, secret caves and centenary trees.

Located in China, about 2h30 from Beijing, Zhangjiajie National  Park  is a true natural wonder. Notably known for having inspired the director James Cameron for the film Avatar, this site extends over an area of about 130 km² and enjoys a subtropical climate that hosts many varieties of rare trees, endangered species. It gives a surrealistic appearance where rocky mountains at the vertiginous height leave the ground and on which the vegetation has found refuge between the cracks and the crevasses. 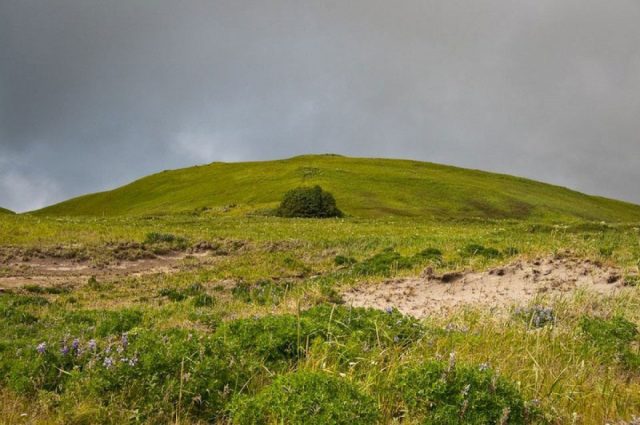 Located on an island in Alaska, this forest has the distinction of being the smallest of the United States (and perhaps even of the world) … And for good reason, it has only 33 trees! If this number makes you smile, the history of this forest is quite exciting.

Its origin dates back to the Second World War when the US military decided to build an air base in Adak to repulse the Japanese imperial army. While the troops were depressed, General  Buckner  decided to plant trees to cheer them up at Christmas. Unfortunately, the climate being particularly difficult, the pines did not hold … Only one resisted! But about 50 years later, this “forest” naturally grew, raising its staff to 33 pines. 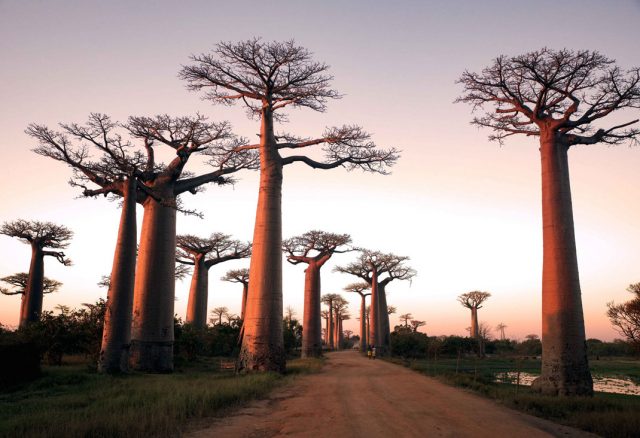 A protected area since 2007, the baobab avenue is located in the west of Madagascar and more precisely in the Menabe region. If today there are not many of these majestic trees that are about 800 years old and up to 30 meters tall, it must be remembered that at one time they were part of a Dense forest environment, of which almost nothing remains today, notably because of pollution and human activity.

Located in the region of Kyoto in Japan , the bamboo has become a tourist attraction where travelers like to go to enjoy a moment of peace, calm and meditation while the air rustles sliding the bamboo and the peculiar light of the sun that slips through this sumptuous plantation. With its 500-meter path, traced between the trees, this place offers an unmistakable promenade, although short, whose atmosphere is quite unique in the world. 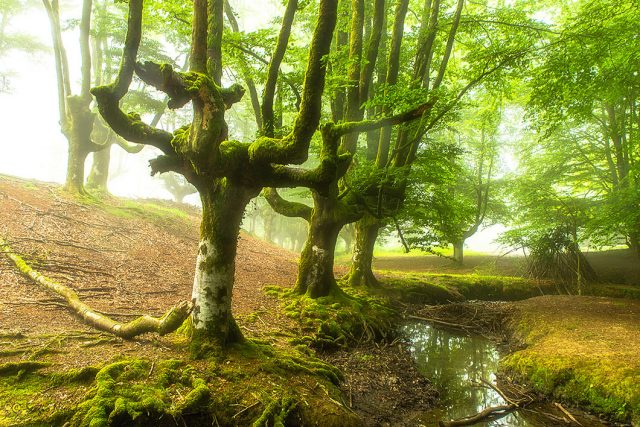 It is in the natural park of Gorbeia, a protected area that is located in Spain.. Thanks to its moss-covered roots, which contrasts with the powerful red color of the leaves falling to the ground during the autumn, this forest is crossed by a calm stream that seems straight out of a fairy tale.

The Bois de Hal, or its real name Hallerbos , is a 552-hectare forest located to the southeast of the town of Hal in Belgium. It is mainly known for its absolutely marvelous colors, the result of the vast stretches of wild hyacinths which litter its ground and which bloom in the spring, and especially towards the end of April. It is also at this moment that the Bois de Hal  is the most beautiful: the trees are still bare, the light of the sun confers, to these flower beds, an absolutely sumptuous brilliance.

Located in Devon County, England, Wistman’s Wood is a woodland between 380 and 420 meters above sea level that is overgrown with moss and greenery. Nature is so wild and so flourishing that one might almost think that no human has gone there for centuries. This is due in particular to the fact that the soil of this forest is strewn with stones covered with foam, which makes its access particularly difficult.

Also, these trees with twisted branches give this place a special atmosphere, which would almost give the sensation that it comes straight out of a fairy tale. A feeling which is also enhanced by the numerous legends associated with  Wistman’s Wood.