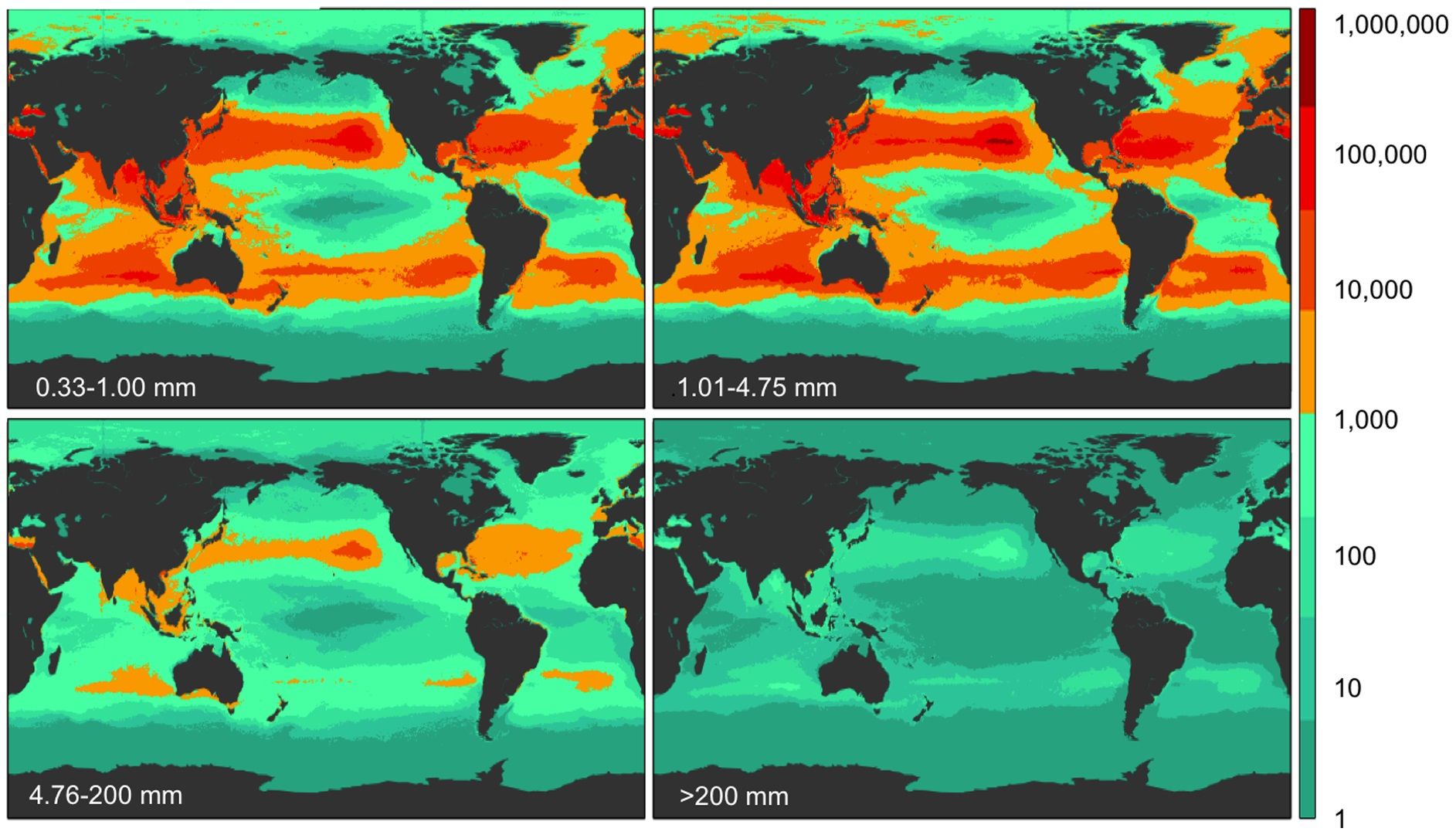 An international study provides the first estimate of the amount of plastic wastes in the world oceans. Bad and good news: there are almost 269,000 tonnes of such wastes and this would be “a minimum”– but the micro-wastes (small sized plastic) would be significantly less than previously expected.

Published in the journal Plos One, this international study (by South Africa, Australia, Chile, USA, France and New Zealand) gives us for the first time an overall estimate of pieces of plastic floating in the world ocean. The work is based on measurements in all oceans (in 1,571 places) as just done by the expedition Tara in the Mediterranean. The result: 5.25 billion pieces of plastic of all sizes with a total mass of 268,940 tonnes, about the size of 26 Eiffel Towers. Large pieces (over 20 cm) would weigh 233,400 tons. The authors stress: their estimate is conservative and should be considered as a minimum.

The plastic waste is everywhere, but more numerous in the northern hemisphere, but for small sizes this waste is much less than expected. In the south, the Indian Ocean has more “plastic” than the South Atlantic and South Pacific combined. The surprise (good?) comes from the amount of small waste, sized less than 4.75 mm. They represent 92% in terms of the total number, but only 13% by mass. Among them, the number of the smallest pieces (0.33 to 1 mm) is only 40% of the total number. The authors point out that it is much less than what was estimated by all the previous calculation.

Plastic waste does not always stay on the surface

According to them it is possible that the fragmentation of large plastic components into smaller ones is much lower than expected. Anyway, this disproportion, they say, suggests that there is an unknown mechanism extracting smaller waste from the surface to send them in depth. Proposed hypotheses are degradation by UV, ingestion by animals etc.

With a global production of 288 million tonnes in 2012, this floating amount would be about 0.1%. A very small proportion. However, the authors point out that their estimates are “conservative” and that plastic wastes not included/studied are : on the coast, the submarine sediment, and the volume of water between the surface and the bottom.