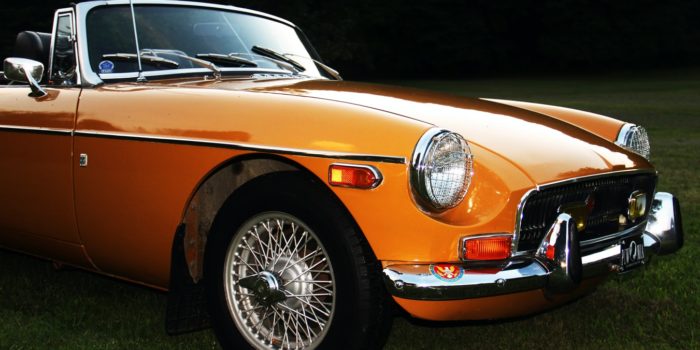 While Millennials have been known to abandon many hobbies once beloved by the baby boomers, they are posing an unexpected resolve to keep the vintage car collecting passion alive, with the demand for classic cars growing steadily among them over the last decade. There are many reasons why Millennials are buying more classic cars: the love for simple traditional designs, increased purchasing power, and the desire to have something “unique” to show off on social media. Unfortunately, while  classic cars may look cool, they lack most of the amazing safety technologies you find in modern cars. Luckily, you can easily buy and install some of these technologies in your classic car to make it safer.

ADAS have come a long way over the past two decades, taking over some of the tasks involved in driving a vehicle so that the driver can have an easier time. ADAS come with sensors installed in the front, back and sides of the vehicle for collecting different kinds of key information, which is then relayed to the driver so that they can take appropriate action. For instance, Lane Departure Warning will alert you when you leave your lane unintentionally or without indicating so that you can quickly go back before causing any problems. Forward Collision Warning alerts you if you’re about to crash into a vehicle, giving you enough time to brake or change direction.

Rearview cameras can be an excellent addition to your car, especially if you struggle to see out the back when switching lanes or backing into a tight parking space. Studies have shown that installing rearview cameras  reduces backing crash involvement rates by 17 percent in young drivers. On top of that, rearview cameras can also come in handy in the event of an accident, especially when paired with a dashcam. According to FVF Law, having an experienced lawyer on your side is a vital piece of the puzzle when you’re trying to win a vehicle accident case, but it also helps enormously to have clear video evidence of everything that transpired.

HUD systems have been used in military jets for ages to display key information in the pilot’s line of sight so that they never have to look away. The same technology is now available in cars, where key information – speed, navigation, temperature control gauges and multimedia control – is projected onto a transparent screen in front of the driver so that they can read it without taking their eyes off the road. Some advanced HUDs also come with driver monitoring systems that alert you when you seem drowsy, distracted or intoxicated while driving.
A lot of the safety technologies found in modern cars have saved thousands of lives on the roads since they were invented, and you shouldn’t miss out on them just because your car is from a different era. By installing the above safety technologies, you can bring your classic car’s safety ratings a few steps closer to modern standards.