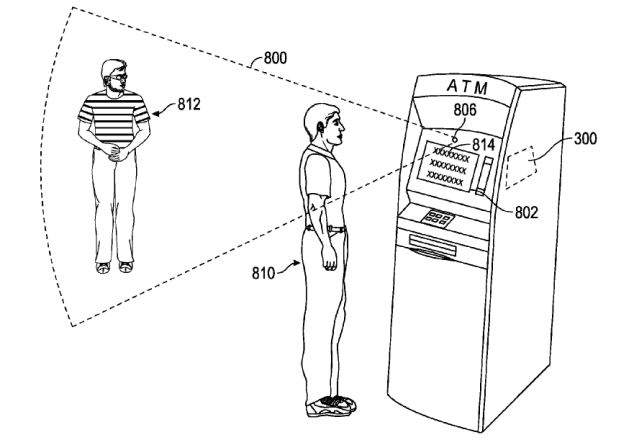 No doubt Google Glass is a technological marvel but some people think it as a danger to the privacy and personal space. Well, it is a long debate to go on. Microsoft, in response to the Google Glass privacy issue, has applied for a camera patent which would inform you about the Google Glass spying. This patent has been registered with the name of Bill Gates. The aim of the patent technology is to protect the privacy  by scanning area for the snooping cameras. The patented technology can also be used for security at the ATM machines.

According to patent, the technology might be used on any device that is having a screen and a camera. If researchers succeed in making such device, they will make the phones and ATM machines safer. If a snooping glass is detected around, the device can automatically blur the screen, edit the screen, and notify the user or whatever suggested. The patented technology can help in securing the tablets as well as personal laptops. Though it is not confirmed yet whether the idea of the patent is sound or not.

To sense the motion and to classify any moving object, different algorithms can be employed. To identify whether the lens cap of the camera is enabled or not, shape detection algorithm is used. However, it will be decided by “processing circuit” whether a viewer is intrusive or not. The processing circuit is responsible for making the screen blur, edit the screen or notify the user. This increases the security of the confidential data being sent. The warning about the CCTV cameras will be also be displayed on the smartphone. This can have a con if used by the thieves to avoid the CCTV cameras. Because of increase in the use of Google Glass, people are becoming more conscious about their privacy. Hence, this technology has some capability to nullify this effect of Google Glass.