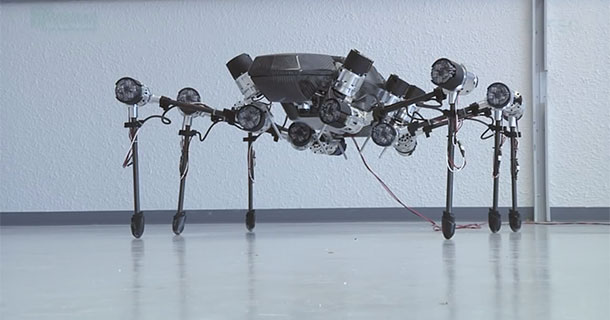 Hector is a small insect robot built by a research team from the University of Bielefeld in Germany. It very closely mimics the behavior of real insects where each leg can adapt itself to the surface and moves swiftly.

Hector is an autonomous hexapod, its acronym stands for Hexapod Cognitive autonomously Operating Robot. Basically, the robot was designed with the intention to be used in mechatronics to study the various modes of transportation. But the biology department has also found an interest in studying the little creature due to its successful biomimicry.

Most six-legged robots stabilize themselves based upon coordination of their tripod legs. However, the approach of Hector is different as it controls each leg independently. Therefore, it is able to handle situations where part of its legs are on one surface type while other are on another type. Using sensors in each of its legs, it can actively auto-adjust each leg depending on the obstacles to overcome. 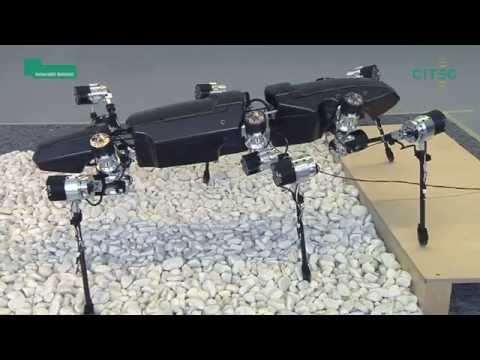 Hector has a lightweight exoskeleton made ​​from carbon-fiber-reinforced-polymer. Its 18 passive actuators allow it to run with smooth movements like a true herbivore. The performance is comparable to the muscles in an actual biological system, explains research professor Dr. Axel Schneider. However, he says, that alone the flexibility of its legs was not enough to let it move freely as seen here, for this the team also developed a control system that coordinates the movement of legs, even in the most complex environments.

In order to have perfect synchronization, the team implemented a sort of reflex behavior for all Hector subsystems so that they communicate with each other simultaneously and spontaneously to prevent it ending up with five legs in the air, for example. In addition, each leg must be able to react in case of obstruction or collision with an obstacle. This allows the biorobot to behave like a real insect and to make decisions on how best to address its environment.

Hector should be ready by 2017. For now, the prototype already has two cameras on the side and two touch sensors. The next phase of the project will be to place distance sensors in the head.