French scientists have implanted the world’s smallest pacemaker. The small size of the pacemaker reduces the duration of the operation, as well as, the recovery time of the patient.

This march in France, two surgeons Dr. Philippe Ritter and Dr. Pierre Bordachar from Hospital of Bordeaux, have implanted the world’s smallest pacemaker using minimally invasive surgery. The implant has been named as GST Micra. The patient was a 89 years old man suffering from atrial fibrillation, the most common disorder of the heart rate in elderly.The major breakthrough in this new pacemaker is its innovative layout and size of the device which reduces the surgery time as well as recovery time of the patient.

During the operation, which lasted 50 minutes, the surgeon also placed an aortic valve because the patient also had a narrowing of the aorta. The next day the patient was able to return home. “Today he is in perfect health,” announced the Bordeaux Hospital. The operation required no incision in the chest.

Pacemakers are the most common treatment for bradycardia, a heart illness characterized by a slow heart rate (usually less than 60 beats per minute) . They help to restore the normal rhythm of the heart by sending electrical impulses to the heart to increase the heart rate. 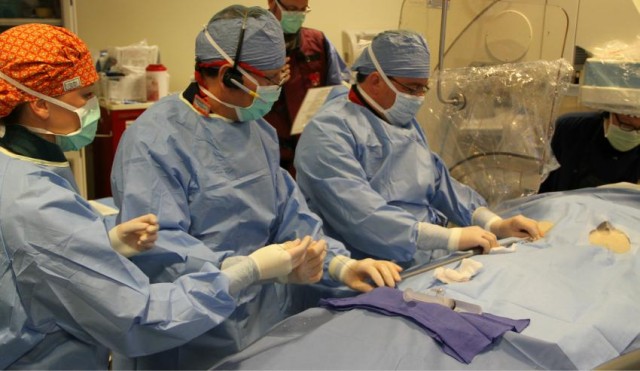 We are completely blown away by this invention. We are happy that it does not require an incision in the chest and is minimally invasive. Furthermore, we expect this invention to be commercialized soon and used around the world for the betterment of humanity. Would you recommend this treatment to any of your relatives?