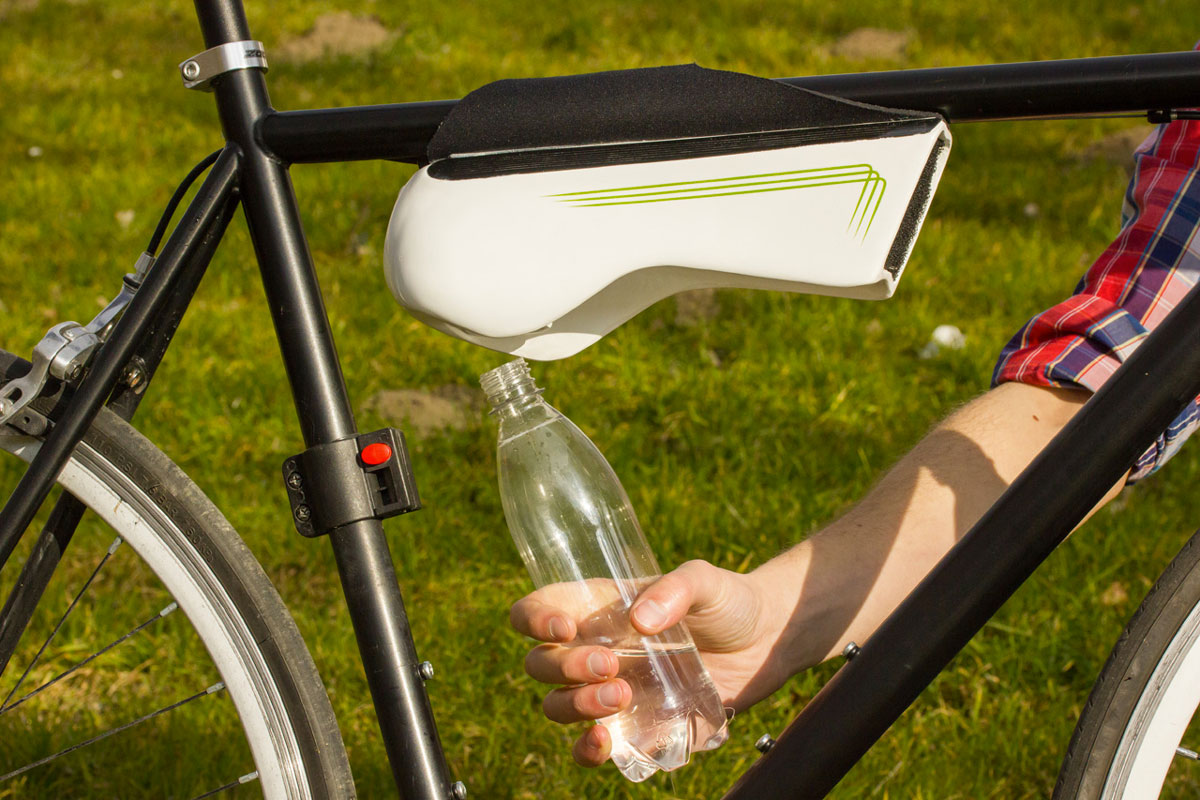 Advertisement
Soon the cyclists would need not to carry a water bottle with them before a hike? This will be soon possible thanks to Fontus, a bottle that fills itself automatically. This device attaches to the bicycle and is used to condense the moisture of air into water. We present to you a new way of collecting drinking water ecologically.

This innovation, called Fontus, is the brainchild of the Austrian engineer Kristof Retezar. It transforms the moisture in the air into perfect drinking water. The operation is very simple: Fontus condenses the moisture in the air into perfectly clean drinking water. The condensing system is powered by a solar panel. The air enters through the bottom before being drawn to the top, where a filtering system separates the water molecules from the air particles, before collecting and storing them in a bottle that is used as a tank.

The filter is placed at the point where the air enters the bottle, to prevent insects or dirt that can damage the system or contaminate water. However, the filter can not remove the pollutants in the air and at the moment Fontus cannot be used in urban areas. 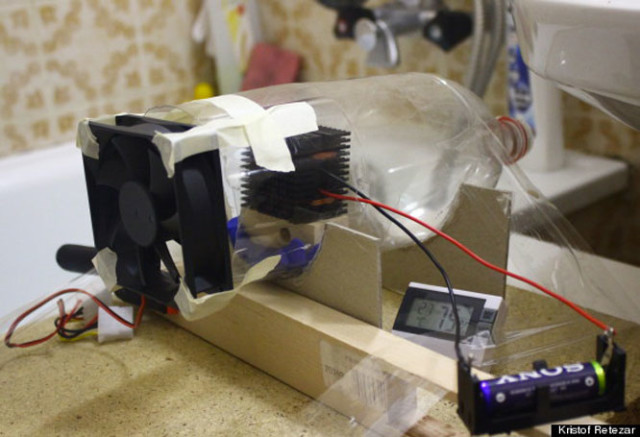 The device is most useful in humid conditions. At a temperature of 20°C and humidity of 50%, it is possible to collect water at the rate of one drop per minute. However,  Kristof Retezar assures that when the conditions are optimal,  Fontus  is capable of producing half a liter of water every hour.  Fontus  is more than just a gimmick because it allows cyclists and hikers to travel light only taking with them bare minimum of weight.

In addition, the device could potentially save lives. Nearly 780 million people worldwide lack access to safe drinking water and the situation is bound to worsen because of global warming. Condensing humidity drinking water could help to provide an initial response to the demand for potable water in some areas of the world where groundwater is scarce and the humidity in the air very present. 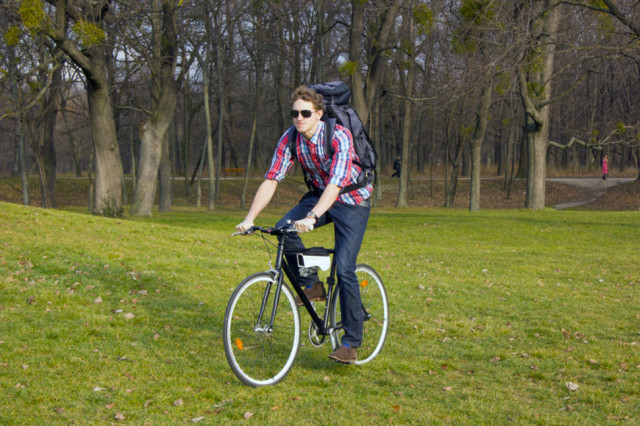 Fontus is a very clever system, in addition to being environmentally friendly, it can be used to provide drinking water to regions where water is scarce. Our hiking enthusiast friends are excited about this device that will make their lives much more easier. Would you be willing to collect your own water during your bike rides?