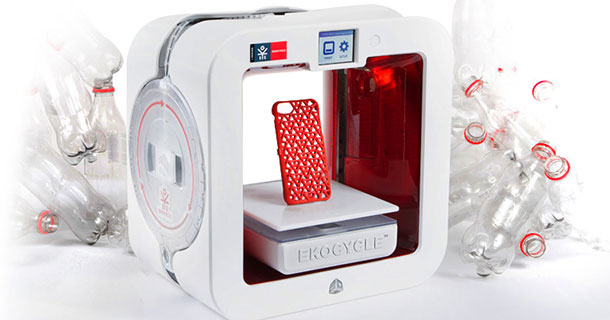 Ekocycle Cube is an eco-friendly 3D printer that recycles trash Coca Cola bottles into a 3D object. It is a product of 3D Systems which is an American brand specializing in 3D printing solutions. Coca Cola and a famous US artist are also supporting this project.

If instead of throwing an empty Coca Cola bottle you give it to 3D systems, it would use it to make filament cartridges for Ekocycle Cube that can be used as a filament to construct interesting 3D objects. The 3D Systems is working in collaboration with the Coca Cola brand and singer Will.I.Am on the project since 2011.

Based upon the last model of 3D printer Cube 3, the Ekocycle Cube has the same look and the same touch screen control. But its filament will be partly composed of recycled Coca-Cola bottles. It is able to print all types of objects with a volume of nearly 100 cm ³ and with a resolution of 70 microns like rings, protections for smartphone, decorative items etc. Each cartridge contains the equivalent of 20 oz of coca cola bottle plastic and can be purchased in different colors (black, red, white …). 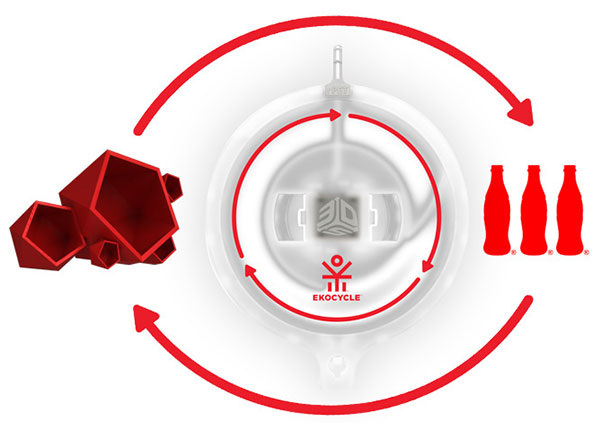 The Ekocycle Cube is not for sale at the moment but the price should be around $ 1,200 or € 880. Undisputed leader in the market for 3D printers, 3D Systems is seeking to approach the consumers in the recent months. This is why the brand has used the famous artist Will.I.Am to make the promotion of Ekocycle Cube through this commercial.

It is not so much the support of the project by a showbiz personality that impresses us, but the beneficent and environmental philosophy of the project, that is, aability to recycle our plastic to make everyday objects. Here’s something practical and more useful to ask the citizens. 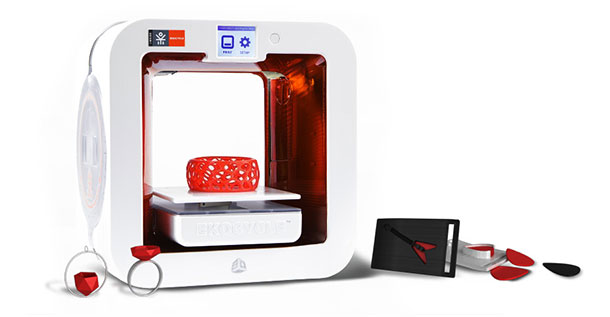