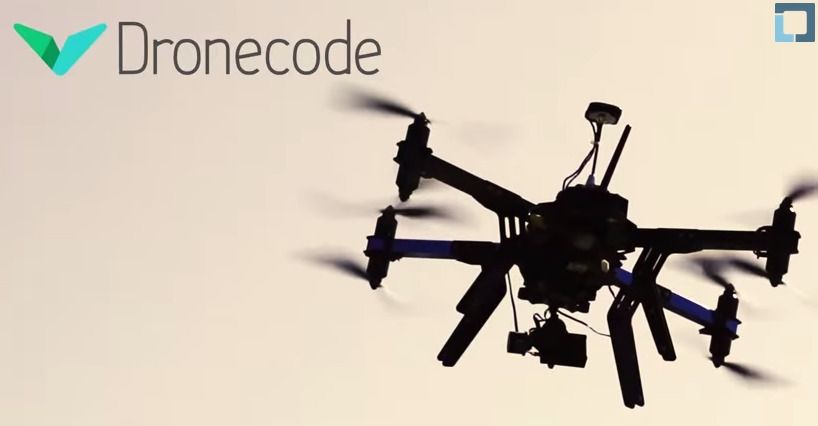 Linux Foundation announces the launching of a collaborative and non-profit platform for the development of drones. Named as Dronecode, it is designed to promote open-source applications for the personal, as well as, commercial drones. This will help drone developers who will develop the project in return.

We may not be always aware of the fact but many Unmanned Aerial Vehicles (UAVs) and other drones use open-source softwares. It is through this approach that a large community of high-tech lovers have been able to make many new products. But it is not necessarily easy, especially for beginners, to locate all the necessary open-source resources and use them in a cohesive manner. However, things may get better thanks to a recent initiative by Linux Foundation.

Project Dronecode aims to unify a number of existing open-source software and hardware platforms to facilitate the creation and development of drones and other autonomous flying vehicles. “Dronecode is an open-source, collaborative project that brings together existing open-source projects. The result will be a common and shared open-source platform for Unmanned Aerial Vehicles,” reads the website. It includes projects that focus on software development, flight control, mission planning and everything that can contribute to the functionality of drones.

The founding members of Dronecode not only include companies specializing in UAVs such as 3D Robotics, DroneDeploy, Squadrone System or Walkera but also several high-tech heavyweights such as Intel, Qualcomm and China’s Baidu. The project is based on two open-source platforms: ArduPilot and PX4. ArduPilot took off in 2007 with the community of DIY Drone . This open-source software platform dedicated to UAV allows programming of autonomous drones, helicopters , aircraft and land vehicles.

PX4 is an open-source, open-hardware project that provides a hardware and software platform for turnkey projects to implement the applications of autopilot, whether it’s UAV for commercial, personal or academic use. Many companies and organizations including Amazon, HobbyKing, Horizon Ag and Precision Hawk already using these tools.