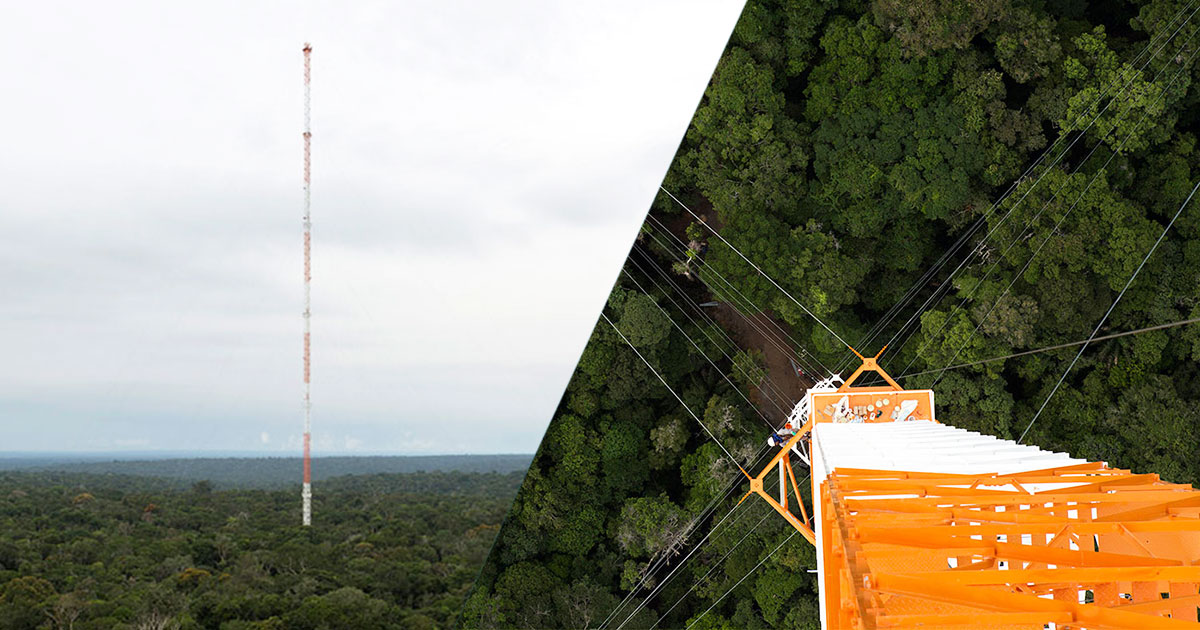 Advertisement
We make you discover this incredible 324 m high tower that was built in the middle of the Amazon forest. It is intended to monitor the weather and the greenhouse effect, with the aim to determine how the largest forest in the world interacts with the atmosphere. We give you more detail about the origins of this amazing building.

The 324 m tower is higher than the Eiffel Tower (301 meters). Yet this unusual tower has a specific scientific purposes. It must measure the interaction of the great jungle with our Earth’s atmosphere to try to find out if it emits more carbon dioxide than it stores. 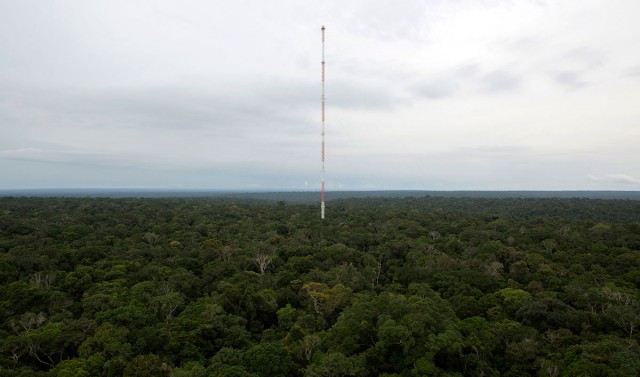 Artaxo Paulo, one of the project coordinators explains: “This is the first observatory of its kind that can be used in long term to analyze the Amazon rainforest which is an important part of the health of a tropical ecosystem. It is essential to monitor the carbon flux and solar radiation balance in the Amazon ecosystem, because it is a very sensitive area, and there will definitely be a lot of changes in the coming decades due to global warming.” 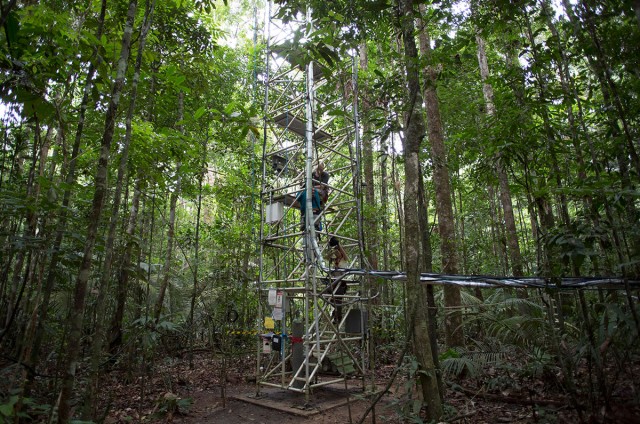 The Amazon is really an interesting place due to its immensity. Artaxo also explains, “We were able to use commercial towers, such as those used for television broadcasts, but we have also built our own tower.» It is not necessary for researchers to bear the sweltering heat, since weather measurements will be sent directly by an Internet satellite system. The project is the result of collaboration between the German Max Planck Institute and the University of Manaus in Brazil. Costs will also be divided between the two states. 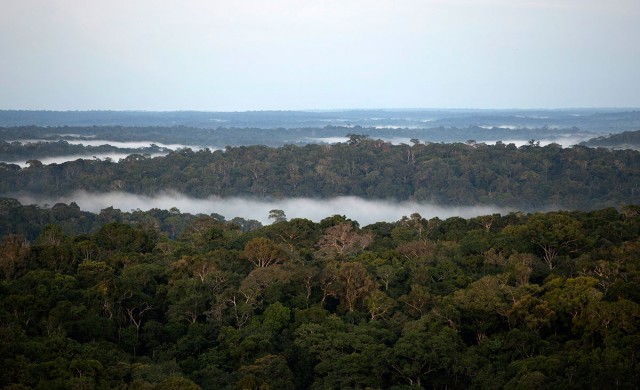 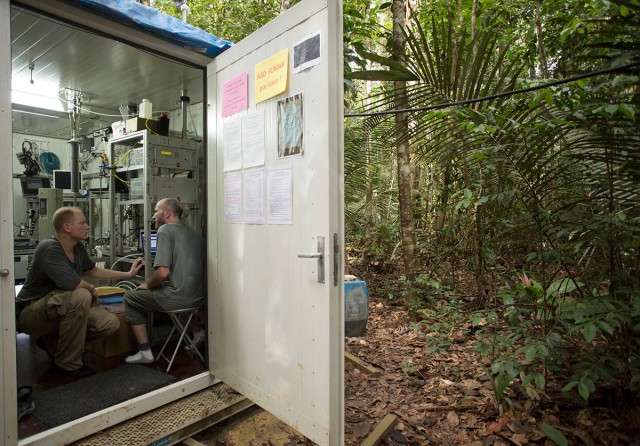 It’s not easy to build such a tower in the middle of the rainforest. The steel is from the south of Brazil and was transported there by trucks. Electrical cables are higher than the trees to avoid problems with animals. It takes about 1 hour to reach the top of the tower. 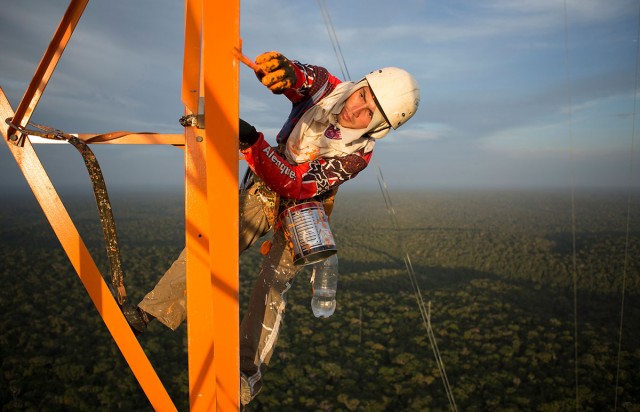 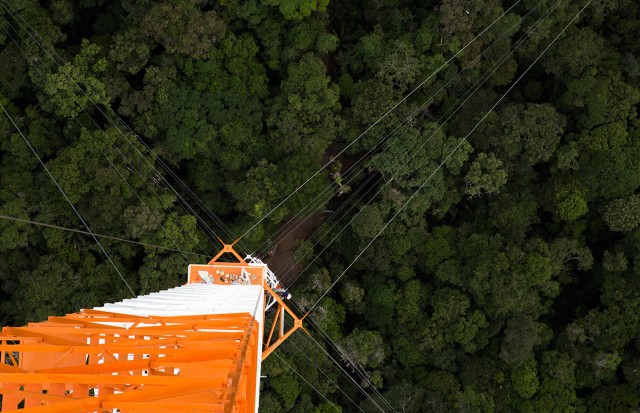 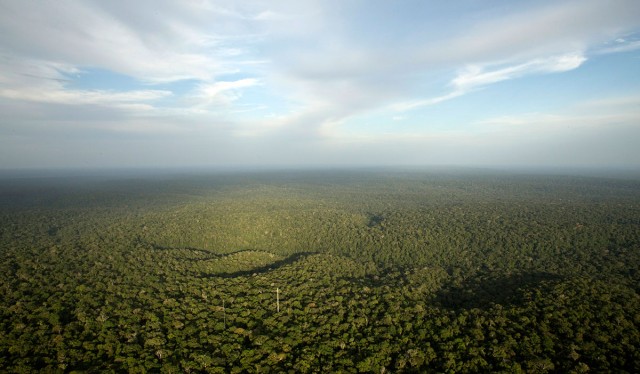 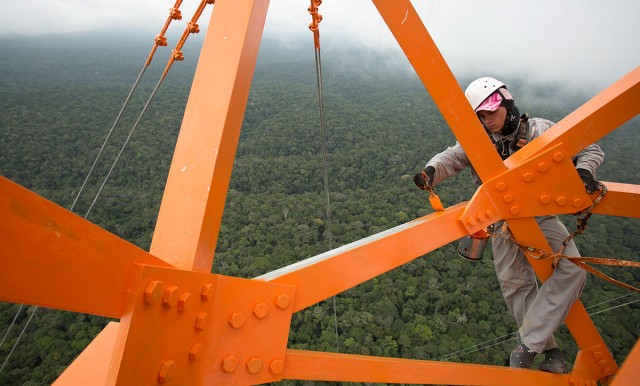 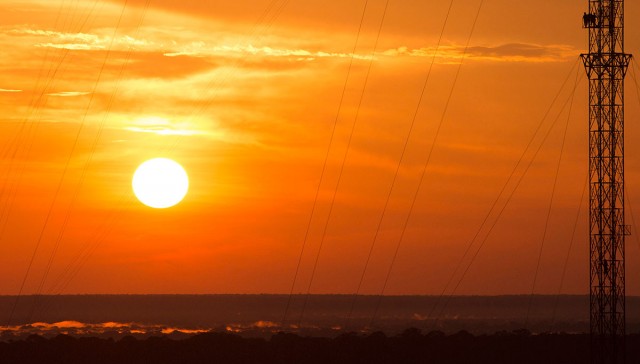 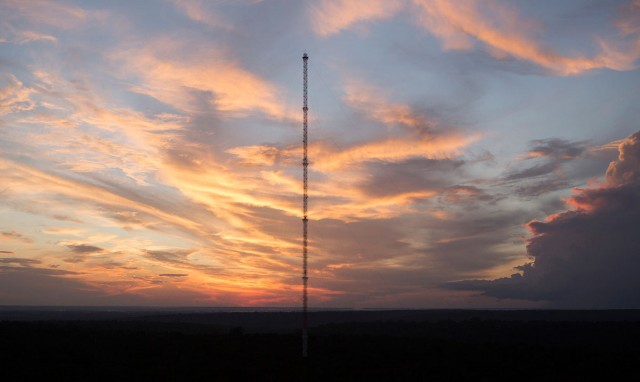 This tower amazes us with its gigantic structure. We would love to see the view from up there, but at the same time that altitude is somewhat dizzying and frightening. Would you have thought that it is possible to build such a building in a remote corner of the world?