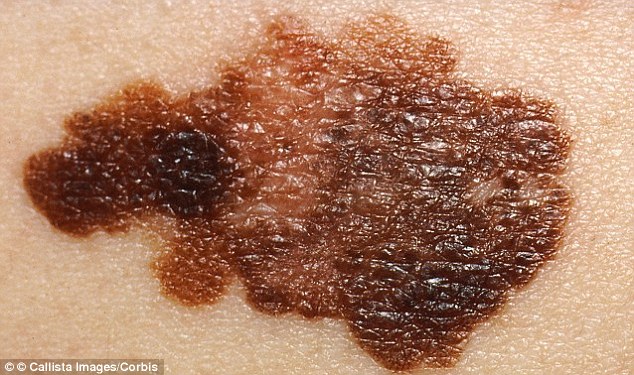 With the arrival of summer many people visit beaches to get tanned, but excessive sunlight exposure may produce sunburns which can ultimately leads to skin cancer. That is why, the doctors advise to take special protective measures. Odd looking moles in the skin must be located at an early stage to avoid skin cancer. However, regularly going to doctor, paying fees and taking all the protective arrangements might be a complicated and complex process. To avoid this complexity, a doctor has proposed a system that can simplify detection of these odd looking skin moles. The system developed by the professor uses a smartphone and a device. Professor claims it to be more efficient than doctors. The system detects the cancerous cells in the skin easily and accurately.

The app developed by the professor George Zouridakis is named as “DermoScreen” and currently being tested in the cancer centre of university of Texas. Dermoscreen can make fast and cheaper screening for those who can’t afford expensive tests. Professor George Zouridakis is working on the project since 2005 in Houston University. The target of app is the people, who live in rural areas or are unable to afford medical specialists. Similarly, the residents of 3rd world countries can also benefit from this device. This app, based upon visual features detection, is found to be accurate up to 85 percent at early stages.

The results of the app are in between the dermatologists and family doctors according to U.S industry figure. The success rate of dermatologists is 90% while family doctors’ success rate lies between 50-70%. If the diagnosis suspects the moles to be cancerous, the patient will be referred to get checked by a specialist. The device attached with the Dermoscreen app is a magnifying glass that provides illumination for the under observation area. The magnifying glass costs US$ 500. Professor urges to test the accuracy of app before launching it commercially. Besides cancer diagnosis, he is working to make use of Dermoscreen for flesh-eating diseases as well.

One of the dermatologists, Dr. Ana Ciurea is hopeful and sees its applications in near future. She says, “Our research with Dr. Zouridakis on his promising iPhone app will focus on evaluating its use for risk assessment and as a screening tool for early detection of melanomas. We are in early stages of planning and approval for this project, but such an application, if validated, has the potential for widespread use to ultimately improve patient care”