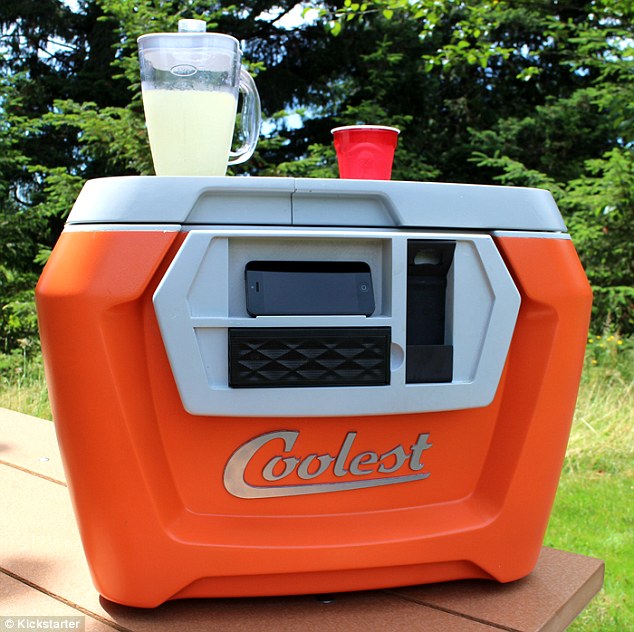 An Oregan-based inventor has developed a cooler that is more than a simple cool box. The amazing cooler has all the necessary features for a perfect picnic or a party. We tell you more about this new invention that has the potential to revolutionize the design of future coolers.

An Oregan-based inventor has developed a cool box that is more than a simple cool box. The amazing cool box is enough for a perfect picnic or a party. The inventor Ryan Grepper has invented the coolest device that contains USB charger, a speaker and a perfect fridge. The device is called Coolest and features the amazing characteristics which have made it famous on the web. The smart device has enough potential to revolutionize the design of future coolers. The coolest has been equipped with BlueTooth technology as well and features a blender.

One can imagine its fame on the web from the fact that within few days of the crowdfunding campaign, $2 million have been raised on Kickstarter. More than 10000 backers have contributed for this purpose. The product is also available in UK and Canada and costs only $185 while for US customers, its price is $165. The inventor has planned to launch his product by the February 2015. The inventor can also become your guest on spending $2000. The size and shape of the coolest is same as a traditional cooler. A blender is adjusted at the top of the cooler that could be used to make drinks and juices. 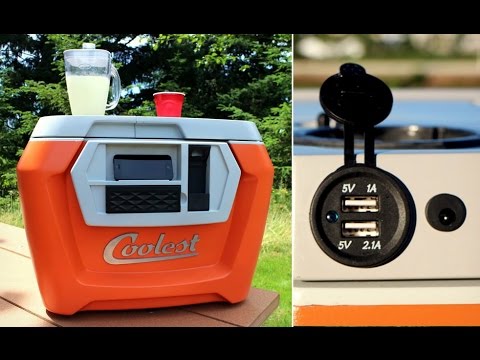 One time charging can be used to blend 6 gallons of the liquid. The exterior speakers provided with the cooler can be controlled and used using a bluetooth audio device. To save the speakers from damage of rain and water, they are made water-proof. The multi-purpose cooler also features the LED lights and a USB charger. to drag the cooler on different terrains and make the carriage easier, the cooler is equipped with wheels. To open a bottle, a bottle opener has also been provided with the cooler. The inventor has plenty of other plans for the betterment of the coolest by introducing solar panels and giving different colors.