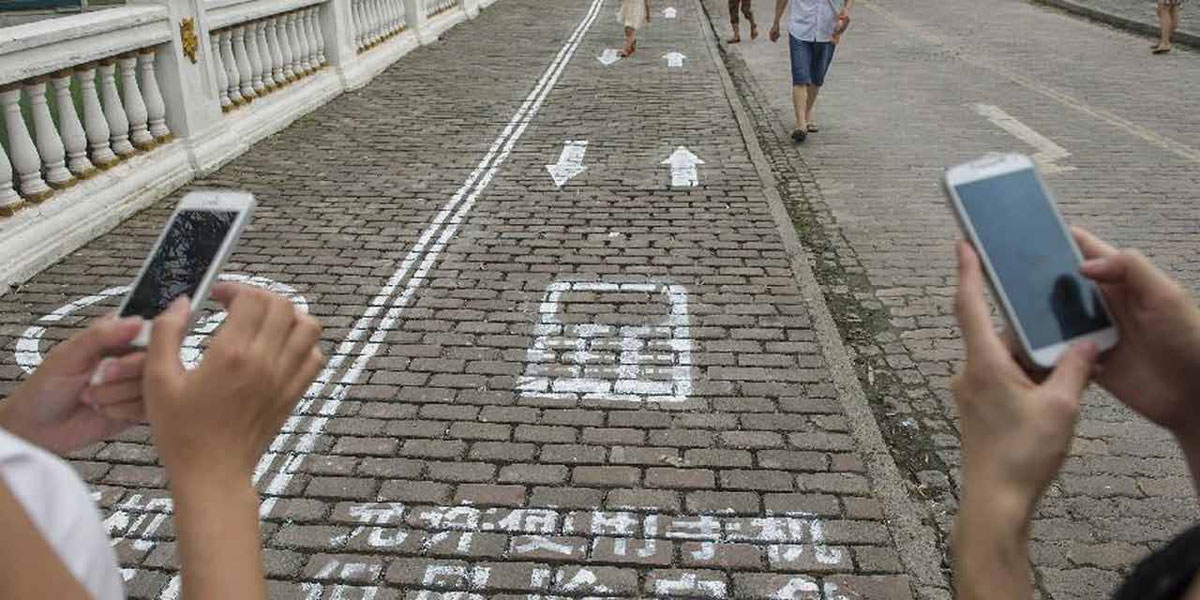 Nowadays, in the streets and even on the roads, you meet more and more smartphone users who are too consumed with phones to know where they are going. To prevent falls and collisions, a Chinese city has decided to divide the pavement into two parts and one will only be used by the users of mobile phone. We tell you more about this innovative initiative.

A walkway dedicated to people who can not let go of their mobile phone when walking has been opened in  Chongqing, which is a municipality located in the province of Sichuan whose metropolitan area is the most populated of China. It offers a bit more security to lovers of smartphones who are too absorbed by SMS, social networking and games to watch where they are going. 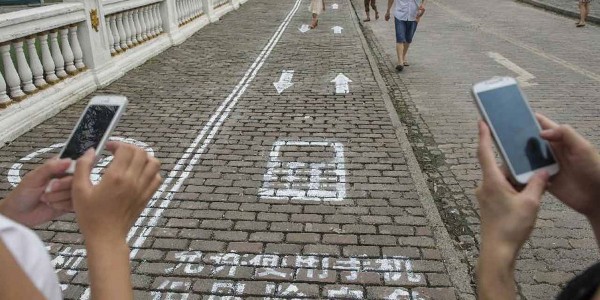 “There are many elderly people and children in the streets, and walking with eyes fixed on a mobile phone can cause collisions,” said Nong Cheng, marketing manager of Meixin Group, which is responsible for the project inspired by this project in Washington DC. He added that this pathway has a marking to remind people that it is dangerous to tweet while walking down the street.

Meixin has divided the 50 meters stretch of pavement in two ways: one that prohibits the use of mobile phone and the other that allows pedestrians to use it on their “own risk.”  Nong said that “many of those who use their cell phones, of course, do not take into account the pavement markings. But many other people have photographed the sidewalk and the media coverage of this new feature will surely bring a lot of people to consider the dangers of using a smartphone during a hiking trip.” 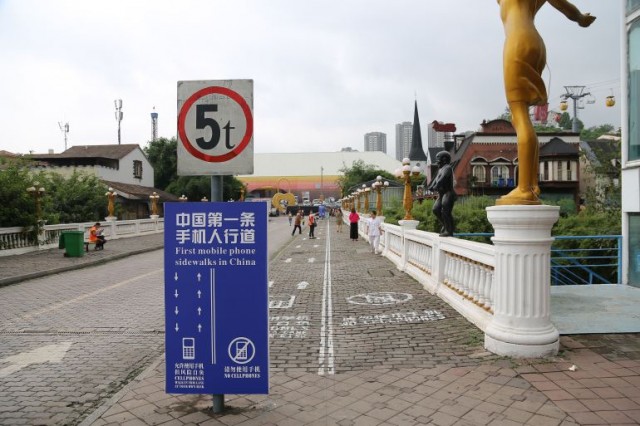 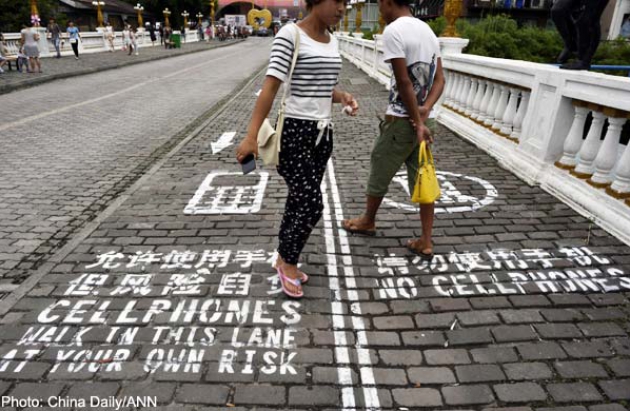 These markings dividing the sidewalk into two are truly amazing! We, appreciate the initiative that protects mobile phone users but makes them think about the ubiquity of smartphones in our society. Would you like this concept arrives in your country?