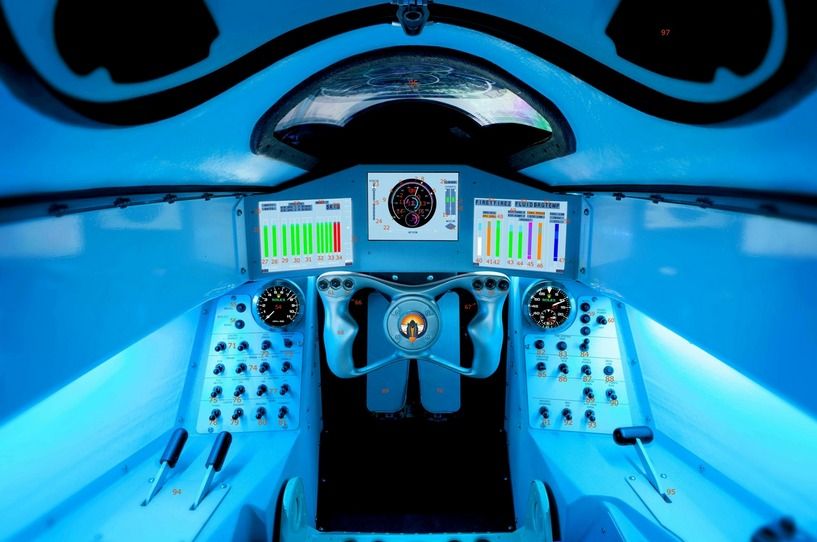 The team leading the project of the supersonic car “Bloodhound SSC” has unveiled the cockpit of the vehicle which aims to exceed 1600 km/h. More than 10,000 hours of work were required to make this masterpiece. Andy Green, the former fighter RAF pilot will drive this fireball, we offer a guided tour of what he calls his “office”.

Some days, the project team Bloodhound SSC presented the cockpit of the supersonic car that will achieve the world record speed. Objective is to achieve a speed of 1,609 km/h. Andy Green, a former RAF fighter pilot and the previous record holder (Thrust SSC, 1,227.985 km/h), himself carefully oversaw the development of the cockpit. The development of the cockpit required more than 10,000 hours of work. Five types of carbons were used associated with three layers of aluminum. The structure is lined with a shield to protect the driver if a stone was thrown against the hull at high speeds. 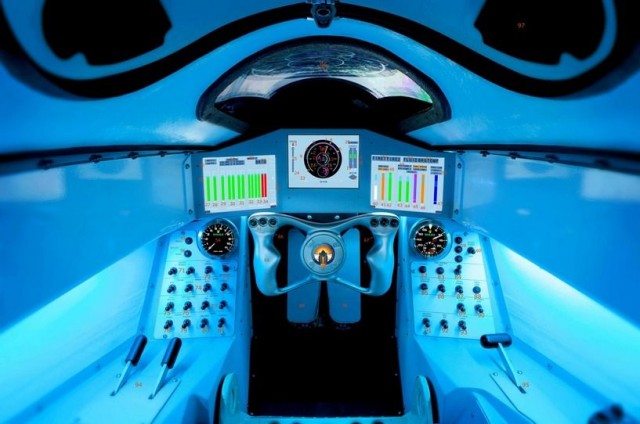 The upper part of the cockpit has been designed with a series of deflectors which need to create shock waves to reduce the speed of the air stream entering the main motor to prevent damage. This aerodynamics constraint will generate considerable noise. Engineers have estimated inside the cockpit the noise will reach 120 decibels.  Andy Green will use a special headset to protect himself and communicate. 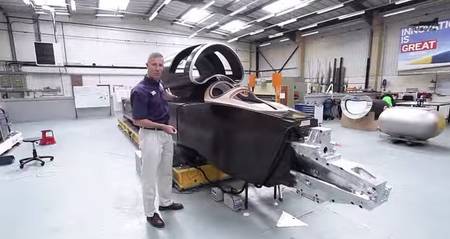 The cockpit has been molded according to the shape of Andy’s body. The titanium steering of the Bloodhound SSC is printed using 3D printing to perfectly fit into the hands of the driver. It includes the main controls with buttons to control the radio, brakes and parachutes. Two triggers on the rear handles control the turbojet. Behind the wheel, the main screen displays the speed in miles per hour and Mach, as well as the load on the front wheels. This information will enable Andy Green to know when to fire the rockets and activate braking systems. The screen to the left of the dashboard shows the hydraulic pressures and temperatures of the brakes and spoilers. The right display gives information on three engines (temperatures, pressures, fuel level), which together produce a thrust of 21 tons.

And if by chance an electronic fault turns the display off, Andy Green will rely on the chronograph and the speedometer specially manufactured by Swiss watchmaker Rolex. The pilot will operate two pedals, one to control the main engine, the other to operate the wheel brakes. Bloodhound SSC will make its first record in 2015 by reaching a speed of 1,287km/h. If all goes as planned, Andy Green will attempt to cross 1,609 km/h the following year.