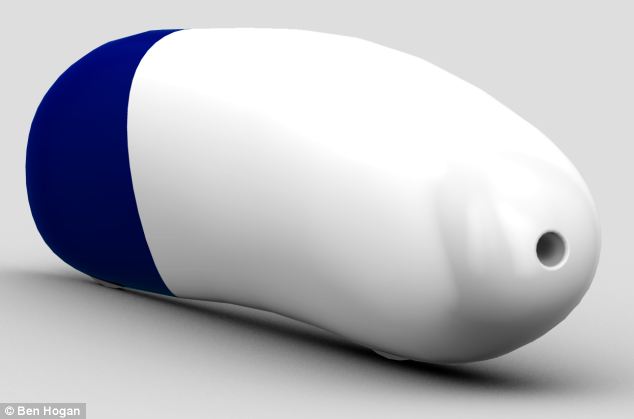 Most of us are fascinated by high speed. However, as the bicycle are human powered so they could not gain as much speed as mechanical engines. The speed of the bicycle can be increased only be improving its aerodynamics shape and making it less resistant to air, as human physical strength has its limitations. The engineering students at university of Liverpool have designed a bicycle that is very efficient aerodynamically and offers minimum resistance to air, thus increasing the speed of the bike. The bicycle is enclosed in a fiber shell. Although, the bicycle has an odd looking shape, its aerodynamic efficiency enables it to reach at top speed of 145kph that is 40 times more than Bugatti Veyron.

The students are claiming it to be the fastest pedal-powered bicycle ever. It is named as Arion1 Velocipede by the engineering students. Prior to this record, a record of 133.7kph was set by Technical University Delft in 2013. The design of the Arion1 will take a physical form  by May 2015 and attempt for breaking the record will be made in September 2015. The bike will be exhibited for the first time in “World Human Power Speed Challenge” in Nevada.

The team eader, Ben Hogan said, “This is no ordinary bicycle you would see cycling up and down the high street, The rider is positioned almost lying down, as close to the ground as possible. This style of cycling is known as “recumbent” cycling. The whole bicycle is enclosed in a lightweight carbon fiber shell, giving the vehicle a streamlined shape which allows it to cut through the air more easily.” The secret of its speed lies in the bizarre shape of the bicycle which makes it aerodynamically more efficient. As the air resistance is the main issue in gaining speed so the concept of aircraft is adopted here which cuts the air easily and lowers down the resistance. Furthermore, the front area is made too small and rider is seated too low ensuring as less air resistance as possible.

The rider is just 13 cm above the ground and will required to generate 700 watts power in order to gain the top speed. No carbon emission, high efficiency of 98.4 percent and weightlessness are the important features of this bicycle. The odd looking bicycle also requires a frame and a powerful transmission system so that the it might reach the top speed. We wish the team all the best for their upcoming competition.