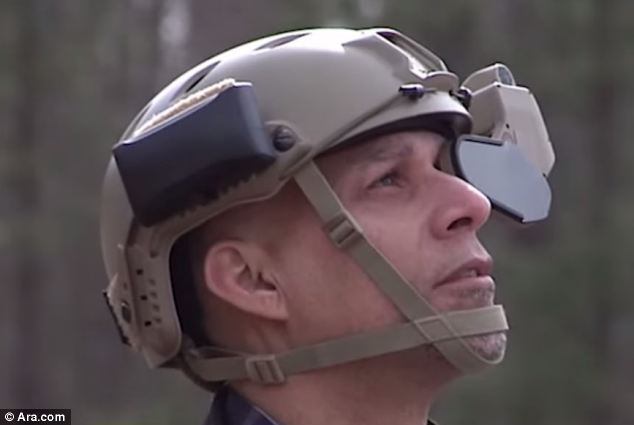 An augmented reality system has been recently revealed by US army which provides live update to the soldiers about the situation  battlefield. The technology is called ARC4 which allows the captain or commander of the soldiers to send them instructions and other information like maps on the soldier’s vision. The interesting gadget introduced by the military could be attached with the helmet of the army men. The gadget can even integrated with the weapons control system. The system developed by the army gives critical information like satellite footage, location of enemies and mission objectives directly on the vision.

The system is developed by a research company Applied Research Associates with the funding from DARPA. The project took almost 6 years to accomplish along with US army. According to the firm, “We worked closely with war ﬁghters throughout the design, analysis, and ﬁeld testing phases of the program.” The soldiers are able to see virtual icons of their real world instead of 2D maps. The firm claims this enables the soldiers to accomplish their mission with a good awareness about their environment. Furthermore, this gadgets boosts the co-ordination between men while at the same time shortening the execution time of a mission.

Besides the military usage, the company sees its application in public domain like its use for transportation. Software is also provided with the glasses which runs on special display that can be attached with the helmet. The software is able to track where the user is looking and adjusts the display accordingly. According to the design engineer, it is a useful gadgets for anyone who wants to you visualize, create or share heads-up information. This will revolutionize the way we look around and share information just as the smartphones have changed our way of communication.

The software provided with the gadget is able to provide the night vision mode and can be connected with any see-through display. The firm claims its product is more advanced than Google glasses. The system provides way more than the present gadgets do. It is changing the way you look at the world with its digital tags looking like someone printed them physically.