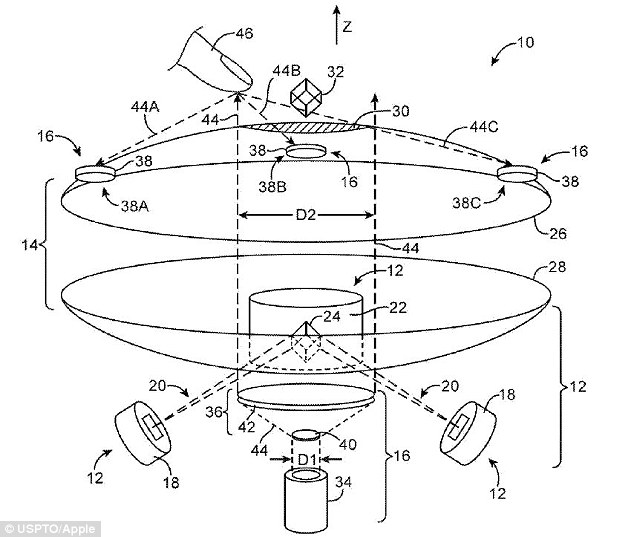 Apple incorporation always came with something new, something very innovative and unique. This time, Apple came with a brand new idea of hologram phone. Hologram movies remained pretty fascinating for masses for long. Thanks to Apple for turning the dream into reality. Apple has recently patented a display technology where 3D images can be created and then you can use your finger to make them move. You can also float the holograms by using the anticipated display technology. A 3D image is created by the system, optical system helps in putting the image into the air and finally sensors are there to make them move.

The optical system could be used to draw a projection. After striking with the finger or external object, the light will be reflected back to the sensors. The sensors may include camera, light based sensors or image sensors. In order to track the movement of finger, acoustic-based sensors and capacitive sensors are used. In this way, sensors will be fully manipulated. The development of such system is also on its way to completion at Amazon though the architecture is totally different. The proposed architecture of amazon 3D handset has four cameras to create a floating screen effect. It is expected that the model will be launched by the June of this year. The device is also said to be able to track the retina so that images might be formed on the smartphones.

So, get ready for a smartphone display with a slogan “float above the screen like a hologram and appear three-dimensional at all angles.”