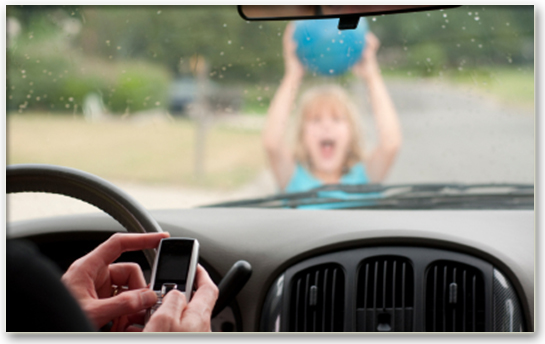 Sending text messages while driving can really be a fatal thing to do. A number of accidents and injuries across the world occurs due to this bad practice. That’s the reason why in many countries the use of mobile phone on the highways is prohibited. Now, traffic police is not alone as Apple is going to introduce speed sensors that will disallow the drivers from texting at high speed. A patent is filed by the Apple Company that will stop the driver from sending texts at higher speed by disallowing the access to messaging app.

Sensors can be installed in the phone and the car. The sensors can measure the speed of the vehicle as well as the where the passenger is sitting. Only the messaging app of the driver will be blocked, other passengers will be able to use the texting service. Currently, it is really very difficult to detect the messaging at the steering wheel such that even law is insufficient to cope up with this issue. The patent filed by the big company is stating that the company is looking for a mechanism that would be able to block access to some apps like messaging at high speed. One other possibility is  to block the signals for a high speed car from outside.

Paul Watters, head of monitoring policy, says, “Apple could have the power to change the culture behind texting and driving, if it works and is intuitive. That would be a very good step.” It is really very difficult to stop the people from the bad habit of texting. This technology has many advantages, it can surely help the humanity in saving lives while on the other hand, it can help the Police as well. Strictly speaking, it is one the most innovative and crucial invention that must be praised at any cost.